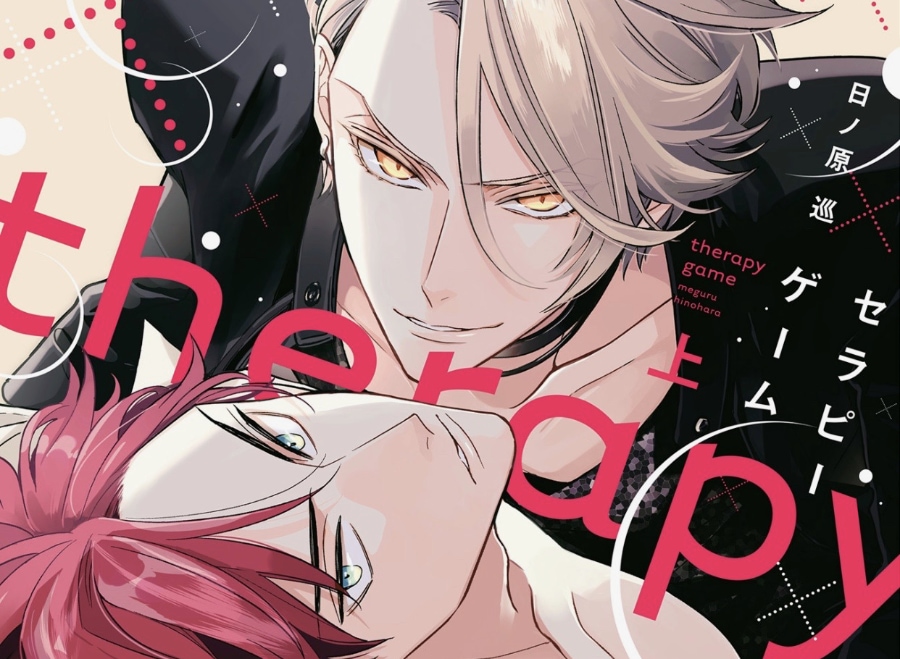 Minato is acid, temperamental, and is unlucky in love. And yet, he decides to take a drink with Shizuma. He’s cute after all. But Shizuma ends up drinking far too much, and Minato ends up babysitting him. Minato has a flair for the dramatics, and also for pranks. Determined to have a laugh, he decides to trick Shizuma into believing that they spent the night together. However, things aren’t going to end up as he thinks.

The problem here is that Minato got charmed by Shizuma’s behavior while he was drunk. Shizuma was so drunk that he cannot remember what happened; however, Minato does. He was sweet, and for a moment he believed that he could fall in love for real. But when morning arrives, Shizuma is too surprised as to answer Minato with the same sweetness. Is he with a man? Did they do it? He cannot recall a thing and shocked he leaves the hotel.

The prank doesn’t work as Minato expected. And so, enraged, he ends uptimes betting he’ll make Shizuma fall in love and then he’ll toss him away. The ladies from the gay bar are all in, but shouldn’t he chill out just a bit?

But it seems that they kissed, and it might have gone deep into Minato’s heart to be so determined. Shizuma left his ID behind, so Minato goes to his University to return it. Here is where we find the most compelling differences between the two. Shizuma is a serious researcher. He dresses smart, and for the most part, is refreshing. Minato, on the other hand, is a fashionista who smokes far too much and sulks easily. He’s also used to being used and mistreated, and it shows when Shizuma’s friends try to say that he’s scum. While Minato remains almost silent, Shizuma comes to his rescue. No one should be mistreated that way, and yet, Shizuma did it during the morning when he was shocked.

Shizuma and Minato end up talking, and they can see from afar Yuka, the girl who broke Shizuma’s heart. She cheated and left. No wonder Shizuma is not eager to trust anyone else so quickly.

It begins to rain. Since Minato went to the University by motorcycle, Shizuma offers to give him a ride in his car. And so he does, but things get funky in the vehicle. Minato wants a date with Shizuma, and he’s clear as water with the topic. He’s direct, has no shame whatsoever, and makes Shizuma shocked again and uncomfortable. However, Shizuma tells him that he’ll take responsibility for what he did that night. He cannot remember how far they went, so he just does what a good boyfriend would. (This type of behavior usually happens with a guy and a girl in a manga. He usually takes responsibility.) But Minato isn’t a girl and ends up laughing. “You’re indeed serious.”

“Relax. Just look at me. I’ll pamper the sad Shizuma-kun that was left by Yuka. Right? Trust me.” And with that, Minato does the deed. He’s like a cat, impossible to ignore. Charming and soothing, he ends up charming the serious Shizuma who starts to slowly question himself. He goes as far as to ask his little brother what would he do if he’d be fascinated by a guy. (What Shizuma doesn’t know yet is that his little brother is indeed going out with one!)

Yuka ends up at Shizuma’s door to apologize and return a ticket he bought for an amusement park. He bought it for her birthday. It’s a ticket for two. He doesn’t want the tickets to waste, and he ends up calling Minato. “Do you want to go with me?”

Even if he doesn’t want to acknowledge he’s nervous, Minato has been sulking about Shizuma not phoning him. And when he does, he’s all charm. However, when he finally finds himself at the amusement park, he’s in shock. There’s too much light and sparkles everywhere. It seems that Minato hasn’t been to an amusement park before, and he doesn’t know what to expect. So, he chooses a horror attraction and demands all the attention of Shizuma who is remembering his girlfriend for a while.

The attraction thrills Minato, and so they spend the whole day up and down the amusement park. In the hotel room, they shower and chill. Well, Minato does since he asks Shizuma to dry his hair. They share information, but when Minato talks about his own experience, he shocks Shizuma. Especially because Minato has a very low expectation with love.

Minato is used to being used, so his reaction to Shizuma is to tell him so. “Do whatever you like with me.” Shizuma takes this painfully since he realizes that he likes Minato for real. And so, taking Minato’s words, he decides to pamper Minato sexually. Instead of satisfying himself, he pleases Minato. It’s his first time with a guy, and yet it’s sweet enough to leave a massive mark on Minato. What was he thinking? To make Shizuma fall in love and then forget him? How?

Minato wanted to trap Shizuma, but it’s been Shizuma who has trapped Minato for good. There’s just a problem: Minato hasn’t told the truth about his plan. What will Shizuma do when he tells him? Will he be gentle and forget about it?

Minato had a very harsh childhood. He witnessed his mother’s suicide, and he took it in. He blames himself for his mother’s unhappiness. Because he has also been unlucky in love, he’s quite sarcastic. Now he has the opportunity to be truly happy, but he’s too damn scared. He’s with a guy who has been dating women all the time. He’s serious, and he’s cool. Minato is just the opposite! He needs to tell him the truth. And so, he tries after their super sweet night together.

But the ladies from the gay bar call him, and he ends up keeping his plan to himself. He complains about the ladies asking for souvenirs from the amusement park, and despite that, he buys a lot of presents for them. Shizuma takes notes on that. Minato might say one thing, but then he’s a softie.

When they return back home, Minato forgets his scarf in Shizuma’s car. If you’ve been reading as many manga as I have, you already know that forgetting something at your lover’s place is the beginning of a huge drama. So, Shizuma goes to the bar to return the scarf and ends up ears dropping. So, he finds out about Minato’s plan. However, he doesn’t know the whole picture and thinks that Minato has indeed played with him. We know that’s not true. Minato is devastated.

Minato gets ill even. He tries phoning Shizuma, but because this is a manga and you have to have enough drama to cry a river, it turns out that the one answering the phone is the ex-girlfriend. Now Minato is in shock.

But then Shizuma finds another forgotten item of Minato’s: the choker he wore the first time they met. So, he goes again to the bar to return it. He ends up talking with the Mama-san and realizes about his own mistake. He didn’t listen to the whole story. He also didn’t think about Minato’s feelings, or what might be going on in his head. So, he heads to Minato’s home to return the choker and apologize.

And then things get even worse. Who opens the door isn’t Minato, but Minato’s brother! Shizuma doesn’t know that at all, so he assumes that Minato has already found someone else. Or is he?

The first volume of Therapy Game is a BL masterpiece. It’s witty and alluring. Both Shizuma and Minato will capture your soul. Well, Minato in particular. However, it’s the artwork that will thrill you the most. Each page is beautifully drawn. Characters shine panel by panel, and their personalities show quickly in the black lines that make them alive.

Hinohara has spotted gold again with this pair. And yet, she left us to suffer until volume two (which I’ll review soon!) Minato is undoubtedly a very complicated individual, but he has finally found the love of his life.

Blogging Tips: Writing for Other Blogs - Know Your Value