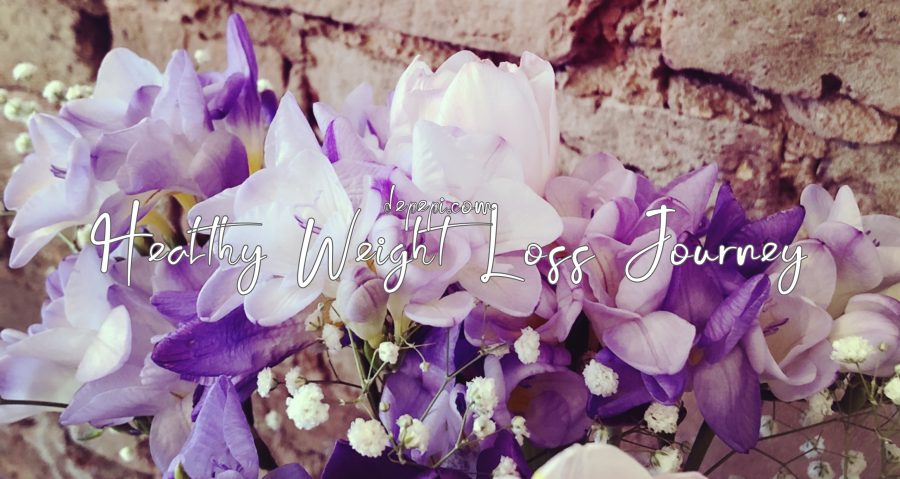 I decided to share all about my healthy weight loss journey with you. I started randomly at the end of September, thanks to the geek bloggers I follow. Some of them use Fitbit and challenge each other every week. I had seen their challenges during months, and I decided to join. So, I downloaded the Fitbit App to my phone. At this point, I still didn’t know that this simple act would bring me to start a healthy weight loss journey at all. My curiosity was stronger than my soul, and I wanted to join the fun. I still don’t have a Fitbit device, but I added it into my birthday wishlist, so I’ll have one soon. (Or at least, I hope so.)

Once you set it up, you’re set for competing with friends on how many steps you took. But, the App does more than that. It also has a food log. This was when everything started. I had made my breakfast, and I decided that I’d log it in, just for the lols. It was then that I got shocked, so much, that I finally understood why I was unable to get rid of the extra kilos I had gained since I’ve moved to the UK. As it turns out, even if you eat super healthy, there might be something that breaks it up. And, in my case, I had two culprits in my kitchen: bread and nuts.

When I checked in the App the number of calories, a single loaf of the bred I was buying had my world crumbled. I had one of those “wait what” moments in which your jaw drops to the ground. If a single loaf were almost 80 calories, once I added the rest of the food, my breakfast would be outrageous! And it was. I spent the rest of the day doing my usual chores and carrying the iPhone in my pocket to count how many calories I spent when walking, and how many I took when eating. I didn’t do anything extra yet. By night I was flipping. Way up the 2000 calories that I should be taking. No wonder I was stuck at 86kg (189 pounds).

I kept this up for a full week before cracking. If I kept like that, I would increase my weight very slowly, almost without noticing it. And that, despite eating “healthy food.” So, I made up my mind that I would get rid of 10kg (22 pounds). And I would do it without any diets.

First of all, I got rid of the bread by changing the brand to a high-fiber, low-carb one. The funny thing is that the loaves are bigger, and the calorie count is half of the other one! After that first change, I decided to go further. I love rice for risottos and pasta. That’s a lot of carbs. I happen to also be a bulk eater, so what I did was to change the rice for veggie rice (cauliflower rice and sweet potato rice), and the pasta for zucchini “zoodles” (you spiralize the zucchinis, and that’s your pasta). And just with that, yours truly started to lose weight!

After this then I decided to take it a step further: could I change anything else without saying no to my favorite donuts? (Spoiler alert: a donut every two weeks or so is still in my menu). Well, I ended up changing my breakfast. I used to have more carbs than protein, but I managed to make it around 50% each. And the carbs I take are high in fiber, making them less dangerous in terms of getting fat. But the thing that changed everything was water.

Yes! Water! You know how easy it is to forget drinking enough water during the day. So, I upgraded my plan and added a goal in my Fitbit regarding my water intake. Plus, I made sure not to forget by drinking a glass of it when I wake up, and just before every meal.

And I went further, of course. To make sure my weight loss would be constant, I decided to have a deficit of calories while eating like a beast. So, every day I’m burning 500 calories from my reserves, while yours truly is consuming massive amounts of delicious vegetables. Calamari are my friends, and sriracha sauce too. So, thanks to walking around with my iPhone, and making sure that I more or less do the right thing every day, I ended up losing 8kg (17 pounds)!

What I’ve done is changing some food habits that I was clearly doing wrong, and treating myself every two weeks or so. I’m eating a lot, I’m fully satisfied, I’m walking more than ever. And the best part: I feel great!

But, I won’t lie to you: it’s been rough. At least, until you get used to it. That’s why changing stuff little by little makes it easier. Not only for you but also for those around you. If you change your eating habits like I did, expect some incredulity at first. Then, you might get comments that you’re eating differently or in a unique manner. You might be alone on this journey for a while, or during all of it.

You can’t pretend others to join your journey just because you saw the light.

It won’t be any more comfortable being the weirdo who munches more veggies than anyone else in the house and yet gets a donut on a Saturday.

But you know it pays off! Because it does.

And you’ll laugh and ask: well, what about when you go out? Well, I tend to either choose the vegetarian dish or create my own pizza using a margarita as the base. You can always take the same as the others, but only if you’ve been behaving for two weeks. Here the trick is to treat yourself with something every two weeks. More than that and your plans for success will never come true.

But did I stop here? Obviously not. At this point in calorie count, I decided that moving my butt would be a good idea. Well, more than I was already doing by counting steps. So, I decided to dance.

I love music, so I needed to find something that was funny and would help me get rid of some grams. The best candidate was just dancing around the house, dancing while vacuuming, and even dancing going up and down the stairs. It feels silly at first, but it’s fun! In my case, it’s uplifting, and it makes me feel good.

I’m not saying that you start dancing like crazy at home. Maybe that’s not your thing. Maybe your thing is playing tennis, or just walking the dog. Find your funny thing that makes you move, and do it. You’ll see that you’ll be faster and feel more energized.

And when you fail, and you see that your weight goes up a bit, don’t despair. It’s normal. I tend to go on the scale and take a look every two days unless the Red Lady is visiting me. The period makes you bloated, and whatever number you see on that scale might not be real. So, wait until it’s over, and try again. And if you see that you gained a bit of weight, don’t stop! Go out, dance, keep munching veggies! Whatever happens, don’t think that it’s a failure. The journey is like that.

Thanks to one of those gaining weight back moments I discovered that I was snacking too much. Healthy food includes fruits and nuts. But if you overdo them, then you’re doing the opposite. My solution came in already-packed snacks. You can take a bite now and then only if it’s less than 150 calories, and it has more fiber than sugar. If those rules are there, go ahead and have your snack. But don’t do it every day!

The same goes for chocolate. Black chocolate is delicious, and I love it. But eating chocolate every day isn’t a good idea. Instead of going to the chocolate bar and bite it forever, I do take care of the portions. Just one single square of chocolate for me. Why? Because every two weeks or so I have my donut. My donut-time is sacred!

So, I’m going to share all the tips and things that I’ve discovered while using Fitbit. I’ll also share some of my food tips, and also how to manage with temptation. Ah, yes! Because it’s going to be there all day long. And not even getting used to some changes will erase the fact that temptation is going to be there.

Expect more from this! And if you like me to expand on this in better ways, don’t hesitate to tip me with a Ko-fi and send me your questions.