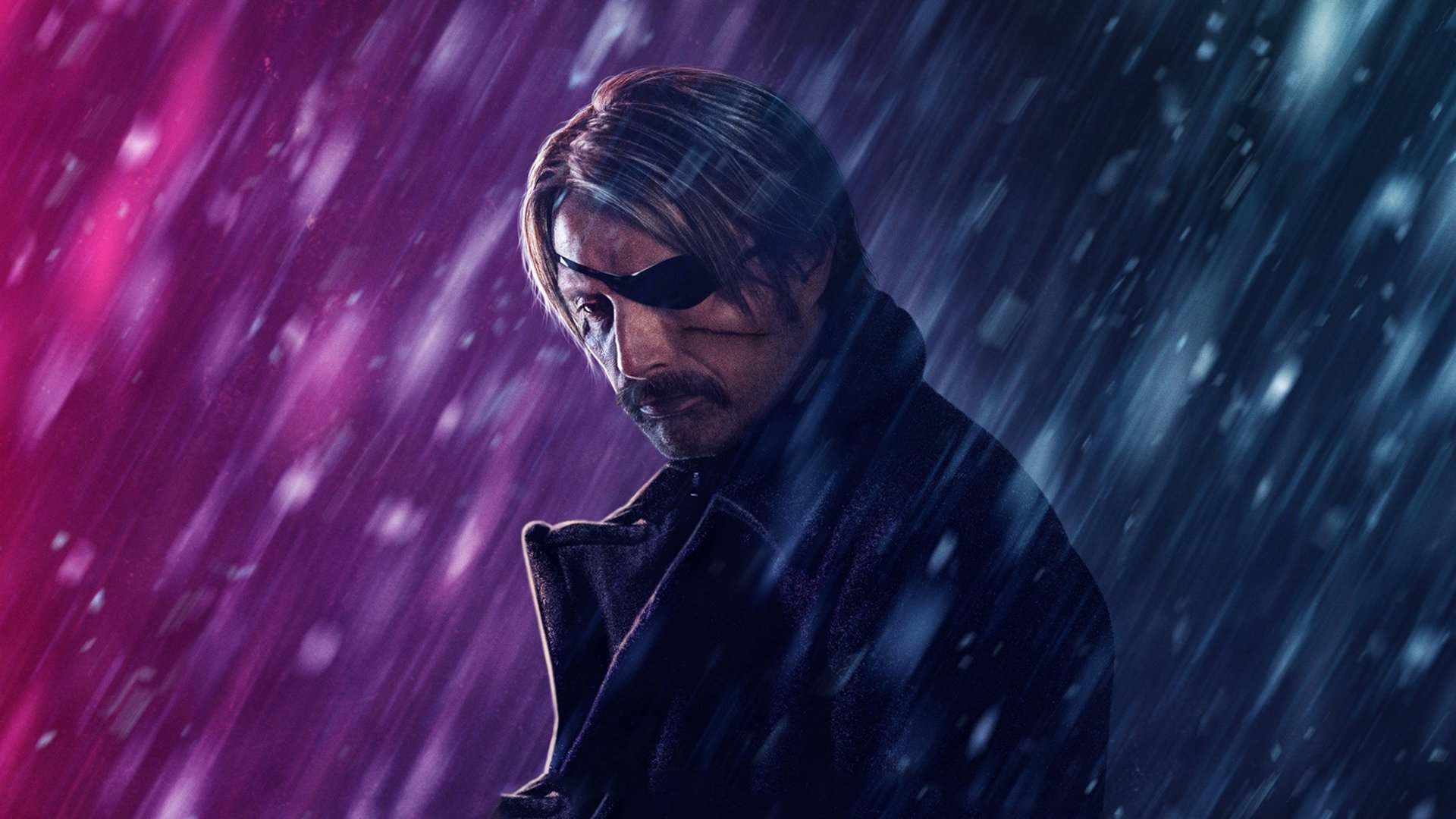 Mads Mikkelsen not only shines in Polar, Netflix’ next hit, but he also owns every second of it. In Polar, we follow the steps of Duncan Vizla, an assassin who is about to retire. However, the organization that employs him, Damocles corporation, wants him dead before he retires. The reason? They own him an $8 million pension for all of his services. You can picture a long list of kills and some error that haunts him. However, poor Duncan feels lonely, and despite living in an isolated town, he seeks for company. That’s why he’s all about to get some pets.

SPOILERS: This review has massive spoilers of the movie. I highly recommend you to go to Netflix soon and give it a try. You haven’t seen Mikkelsen this good before. Besides, Katheryn Winnick, our beloved Lagertha, also rocks the villain status.

Duncan lives in a small town in Montana, and he has a new neighbor, Camille. She’s a young girl, who is very afraid of everything. She doesn’t know how to cut wood, and she seems to have curiosity towards Duncan. They start a weird friendship. They share a few words, and Duncan can see that she is too scared to move on. It seems that he takes a liking in her and finally decides to help her by teaching her how to defend herself. At a certain point she confesses about her trauma: a guy took away all that she had, and she hates him. However, she’s not a killer, and she even has problems in practicing how to shoot.

Vivian (Lagertha) contacts Duncan to kill an associate of another member of the organization that they murdered recently. Duncan doesn’t know that part, and yes, as you might be thinking, it’s a trap for Duncan. All in all, the Damocles corporation tries to kill Duncan twice, and they failed.

However, Damocles sends their best group to Duncan’s place and end up abducting Camille. This enrages Duncan who ends up in Damocles’ hands. They torture him for days while they drug Camille. It all seems gloomy and horrible, mainly because Duncan ends up losing one eye. However, despite being old, he ends up killing a bunch of thugs and escapes. He still has friends, and one of them helps him. Not only that, she gives him enough weapons to revenge and saves Camille.

Why does he want to save someone? We get to find Duncan with some feelings. He has trauma because he killed some people by mistake. The information they gave him is all wrong, and now he wants to be redeemed. And he does it by saving Camille and killing Damocles’ boss.

But we’re set for a surprise with Camille. She’s bizarrely connected to Duncan: she’s his victim. Duncan killed her family many years ago. That was the big mistake that’s haunting them both. And even if it seems weird, they end up creating a father-daughter relationship. He’s a killer, and also if she wants to revenge, she can’t do it because she might be many things, but she’s not a killer.

Polar has intense action scenes, surprising turns, and many puns as well. Mikkelsen owns the show at easy. But Winnick ends up being the movie’s fashionista. She gets to show off a vast array of different outfits that are stylish and chic. But it’s not fashion what makes this movie brilliant. It’s Mikkelsen in all his glory.

Don’t miss this movie. It has massive amounts of blood and mayhem, and yet you can’t stop wanting to know what happens next. When everything seems lost, Mikkelsen is king.

The Umbrella Academy. Netflix did it again!