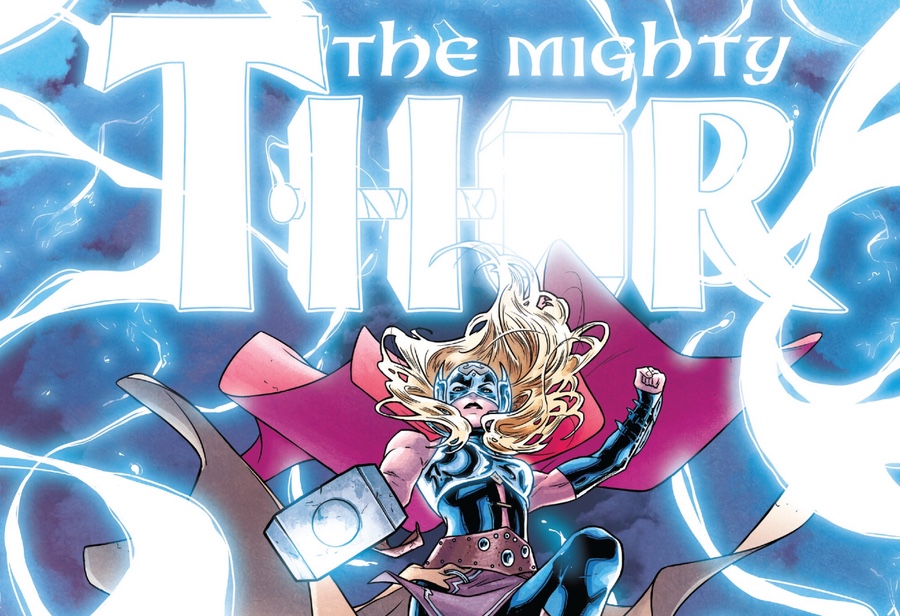 This THORsday we’re going to follow The Mighty Thor [The Book Depository] [Waterstones] into hailing Loki. Malekith has seized Alfheim. His allies include humans, like Dario Agger. He’s the head of Roxxon Armories, and he has an evil plan: to sell energy to all the realms and get filthy rich. However, there’re several problems. One is the Mighty Thor. But the other one is Malekith himself. Dario doesn’t trust his evil allies. But, no worries, Loki is there to tell him a story.

SPOILERS: This review has massive spoilers of the second volume of The Mighty Thor [The Book Depository] [Waterstones]. The whole series is an amazing read, so I hihgly recommend it. If you’re still in doubt, be my guest and get spoiled.

Loki appears to Dario and offers his help. But before that, he tells him a story to illustrate what he can do for him. Some centuries ago, during the Age of the Vikings, there was a mighty one called Bodolf the Black. He used to pray to Thor, and win all the battles. But, as all humans do, his greed got bigger and so did his pride. So much so, that one day he decided not to pray to Thor anymore.

Thor decided to side with Bodolf the Black. Even his own people left him because he had defied the Gods. Alone and forgotten, Loki appeared and promised that if he prayed to him, he’d be strong again. Bodolf agreed. So, Loki told him what to do to become the most robust Viking ever. He had to drink the blood of a dragon, and so he did. Since magic always comes with a price, Bodolf endured torture three days after drinking the Dragon’s blood. He screamed endlessly during that time, so much was his pain.

But then he became strong as the Gods themselves. In the beginning, Bodolf was mighty again, and he led his people to riches. All of them prayed then to Loki, who had more prayers than Thor. Bodolf the Black won all battles until he fought with Thor again. In the beginning, they were as strong as each other. But, Bodolf started to doubt Loki, and his people began to question him. And little by little, things began to crumble again.

The problem was that Bodolf the Black wasn’t a human anymore, but a monster. His people feared him, and Thor wanted to erase him from existence. It wasn’t until Bodolf realized that he became a monster that he didn’t go against Loki. And when he did, he was too strong. Only Thor could control him barely. But he escaped, and now roams Midgard forever. So, Dario listened to Loki’s tale and decided that he needed a monster army to fight Malekith. (Evil is also crazy because if you look carefully to Loki’s story, you notice that things didn’t go very well to Bodolf.)

So, Dario goes to the cave of the Dragon, and his men kill her. And Loki is there to see how foolish men are yet again. Dario asks Loki’s price, and like in the tale, he demands a Church. “Pray for me, and I’ll give you power.” Well, I’m pretty sure that Dario is doing this until he’s strong enough to get rid of Loki. And I bet that Loki knows this too. Now, the question is: what will the Mighty Thor do?

Notice the change of artwork while Loki tells his tale, and when the present action is happening. The colors also change, and it’s a smart way to show what happened and what’s happening. And yet, you can still grasp all the connections. Thor is going to be in the middle of the battle, and Loki knows it. However, Dario seems oblivious, or maybe he thinks that he can get away with it.

The Mighty Thor [The Book Depository] [Waterstones] is getting better by the minute. While Loki makes things weird, we can see that the days of his rewards are just numbered.

The Storm Crow by Kalyn Josephson