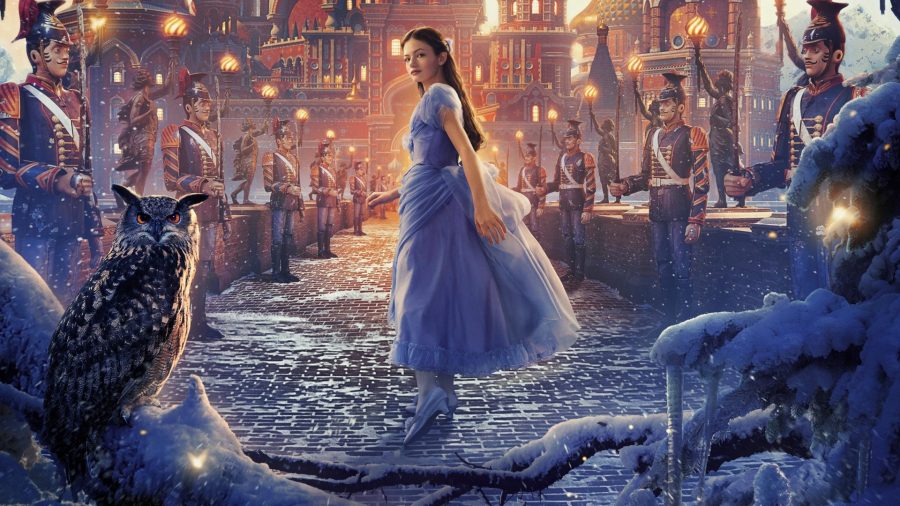 The Nutcracker and the Four Realms is a new Disney masterpiece. We follow the adventures of Clara Stahlbaum during Christmas Eve. Her mother has recently died. Despite the sadness, her father gives Clara, her older sisters and younger brother presents as it was Clara’s mother last dying wish. Clara gets an egg, but she needs a key to open it. She’s devastated, and so is the rest of the family, but each of them shows sorrow in different ways. Clara knows quite a lot about mechanisms. Living in the Victorian Era can be interesting if you have brains, so for Clara is impressive. However, she’s soon to discover magic thanks to Drosselmeyer, Clara’s godfather.

SPOILERS: this review has massive spoilers from the movie. Before reading further, consider going to the cinema and watch this fantastic film. It’s very sweet, and the aesthetics are incredible.

During Clara’s godfather’s Christmas Eve party she has an appalling behavior towards her father. When she goes to retrieve the present from her godfather, she enters into a new realm. It’s the key she needs to open the egg that her mother left her. However, a mouse steals the key, and when she tries to get it back she meets with a nutcracker, a handsome Captain called Philip. When he realizes that she’s the daughter of their Queen, he immediately brings there to her palace. At this point, Clara is just amazed by everything. In the palace, she’s received by the Sugar Plum Fairy who tells her that they need the key so that their world will keep up working. They need magic to make it happen. The problem comes from the Fourth Realm. Mother Ginger, the Fairy from the Land of Amusements, is preparing for war.

She goes to the Land of Amusements with Philip and other nutcracker soldiers. There they fight mice, the small soldiers of Mother Ginger. Despite the mice, and the clowns, she gets the key. The first thing she does is to open the egg; however, it’s just a music box. She’s disappointed because she expected to find something else. All her problems would be solved by the contents of the present, and yet, it’s only music.

Then Philip convinces her to bring the key to the palace, instead of just returning home. However, when they arrive and give the key to the Sugar Plum Fairy, she goes berserk. She uses the machine that the key activates to create tin soldiers. She plans to unite all the realms and build order.

The first thing she does is to imprison Clara and Philip. But she also puts in jail the nutcrackers and the other Lords of the other Lands. After some moments of regret, Clara is determined, and she escapes along with Philip with the help of a mouse. Then, they split, Philip goes to ask for help to Mother Ginger, and Clara stays to stop the machine. After a long fight, Clara ends up stopping the machine, and also the Sugar Plum Fairy.

When Clara goes back home, she asks forgiveness to her father, and they end up dancing to the song in Clara’s egg. It turns out that the song is the first one her father danced with her mother.

This is a sweet Christmas tale, and yet we are also sad for Clara’s family. But, there’s hope in the story since everything you need is already inside you. The Sugar Plum Fairy felt pain for Clara’s mother’s death. And her way of showing it was trying to control everything, so she would not feel pain ever again. However, that’s not how things work. Instead, we have to look inside of us and find all the good things that we shared with our loved ones. Those are the real treasure. And yes, there’s a pain to be had, but without it, how can we say we’re alive?

I loved this film and its message. The aesthetics are fantastic, the music brilliant, and all the dancing is just like magic. Disney has done it again, with elegance and craft. The cast is excellent, and the characters relatable. My favorite one was Philip, who starts the movie isolated guarding a bridge and ends up in the Palace. He’s brave, but also quite naive. Then there’s Clara, who is starting to navigate the waters of becoming an adult. She’s smart, curious, and ready for many adventures.

Perhaps this might not be your perfect Christmas movie, but it’s a great one if you allow it to be. Learning about mourning is also essential because sometimes we just feel the need to control everything just to stop it. And yet, we do know that’s not the way. This is a sweet movie with great effects and surprises in every corner.

Beware of the looks, because things are not always what they seem. If not, ask Clara! The Sugar Plum Fairy looks sweet and cute, but it turns out she’s a tyrant. And Mother Ginger, who seems quite spooky, is, in fact, a lovely woman. So, are you up to some magic at the cinema?

Copyright: Images on this post (C) Disney (C) The Nutcracker and the Four Realms / Memes & Gifs (C) by their owners.