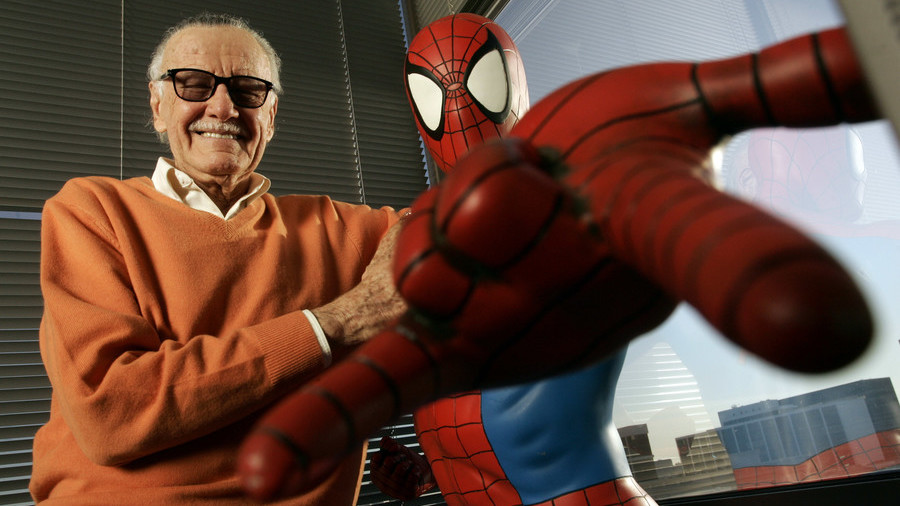 Stan Lee has left us with a great pop culture legacy. Despite all the sadness in the fandom community, one thing is sure, Stan Lee was a revolutionary. In making Superheroes flawed, he made them closer to us in an unexpected way. Spidey, the X-Men, and his cameos will always be part of pop culture. Fans will miss him greatly, but his legacy is just “Excelsior.”

When Stan Lee started his monthly column for Marvel Comics in the sixties, he needed a way to sign it. After much consideration, he decided to use a foreign word that no one would understand. “Excelsior” means “ever upward” in Latin. This signature would become his mantra and a way of saying that you have to keep going, always going upward, still going onward.

Finally, what does “Excelsior” mean? “Upward and onward to greater glory!” That’s what I wish you whenever I finish tweeting! Excelsior!

Stan Lee introduced the Marvel Method in the 60s apart from his re-known signature. Stan Lee was so overworked that he came up with a method to just give some plot summary to the artists to develop. Most comic books were done in an assembly-machine like manner back then. The writer would pass on a full script to the penciler to draw. This also meant that artists weren’t that free. However, Stan Lee’s method made it possible for artists to experiment and create new visual elements.

The trick was that Stan Lee wouldn’t always give plot summaries to his artists in writing. He was so busy that he would end up phoning the artist and telling them about the story. Then, the artist had the freedom to come up with the rest and adapt the story as Stan would tell them. The artist would send the visual artwork to Stan, who would fill in the dialogue and captions matching the artist’s art. This way faster than the machine-like method.

His monthly column was also a revolution: he was communicating with fans. Thanks to that we have the columns we can find in many issues in Marvel Comics. And thanks to that we also know Stan Lee much better. He became a celebrity, something complicated to happen in a time when most artists where nameless in comics. (Remember that Jack Kirby‘s family ended up claiming copyrights for his work in the field of comics!)

Stan also introduced the credit panel on the splash page of the comics. In it, the name of the writer, the penciler, the inker, and letterer were included. But wait, he did more than that! He also convinced the owner of Marvel to rename the company as such. (Marvel was known as Timely Publications by 1939 and Atlas Comics by the early 1950s.)

Stan Lee collaborated with several artists. With Jack Kirby and Steve Ditko, he co-created amazing Superheroes like Spider-Man, Doctor Strange, the Hulk, Black Panther, the Fantastic Four, Daredevil, and the X-Men. He also co-wrote along with his brother and Larry Lieber, Superheroes like the Ant-Man, Iron Man, and Thor!

In the 70s he challenged the Comics Code Authority, aka CCA, bending the rules. How did he do that? Well, in 1971 an official from the United States Department of Health, Education, and Welfare encouraged Stan to use Spidey to educate people against the use of drugs. However, the CCA prohibited any depiction of it. Despite it, Stan Lee wrote a story about Peter Parker’s friend Harry Osborn falling into drugs for a while on Amazing Spider-Man #96-8 (1971). Marvel published the comic book without the CCA’s seal of approval. Marvel got lots of good press and no backlash. This was when the CCA called a meeting to change the rules.

Stan Lee is one of the key figures that transformed comics in what to we are used today. His pop culture legacy is just undeniable. Thanks to him we have a new Universe to enjoy. We’ll miss you, Sir. Excelsior!

Copyright: Images on this post (C) Marvel / Memes & Gifs (C) by their owners.

The Nutcracker and the Four Realms