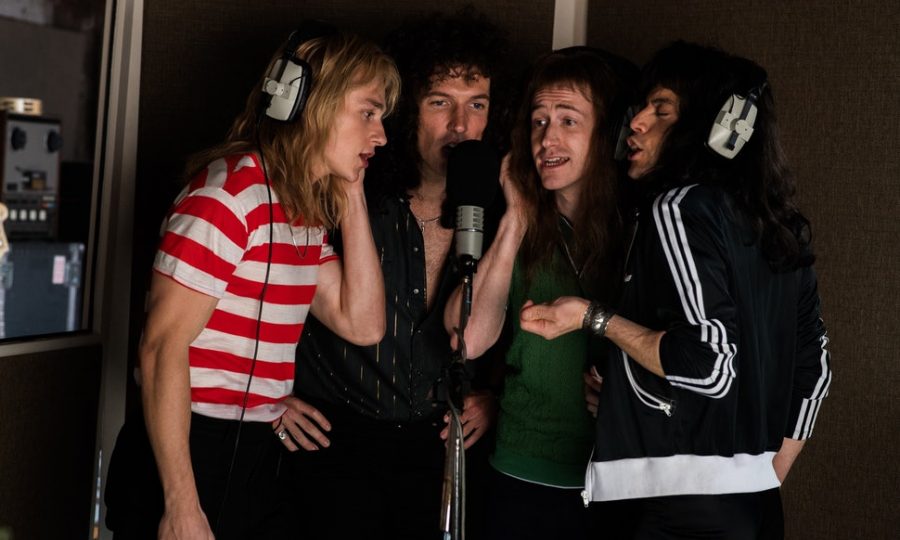 Last week I saw Bohemian Rhapsody, and it amazed me. Despite reading many reviews against this Queen film, I must disagree with them. It’s a festival celebrating Freddie Mercury, Queen, and their music. It’s not glorifying; instead, we can see their humanity. There’s drama, but also lots of music. I would have spent more time in the cinema since I enjoy every single bit of the film. So, despite the length, I must admit I found it was short.

In Bohemian Rhapsody we follow the steps of Freddie in becoming a star, but also we can see his journey of self-acceptance. Fame isn’t always pretty, and it’s sad to know that it too was harsh on this rock legend.

Rami Said Malek plays Freddie, and he’s brilliant. They’re not so similar, but you forget that as soon as you see him be just Mercury. Also, despite the film having some inaccuracies, it’s so well presented, and it’s such a Queen Fest that you can only awe in delight. I enjoyed every single bit of Queen’s music, but I also got fascinated by the creative process of Queen. I’m not sure how much reality there’s showcased in this, but taking a look at Queen’s way of working when creating music was just perfect.

Perhaps what shocked me the most was to see how lonely Freddie became. Accepting his sexuality and coming to grips with himself was quite an adventure. And it did take a toll on him. Despite that, it’s good to know that he could enjoy more in his later years. Despite this, it’s sad that he had to go so young. He was brilliant, a great musician, a fantastic voice, and a great cat papa.

Queen had their fights, their ups, and downs, but we can see that they were family. Families have rocky relationships, and they were no different. They were highly creative, and seeing how discographies sometimes got it wrong makes you realize that it wasn’t all roses for them.

If you’re a fan of Queen, or if you loved their music when you were younger, or if you have discovered them recently, give this movie a shot. It’s a music festival and an excellent biopic for Freddie Mercury. Above all, enjoy the music.

I can’t think of karaoke without Queen. When I started torturing my friends with the microphone years ago, I would end up singing rock. If I didn’t choose a song of Queen, one of my friends would do it. By the end of the evening, the whole room would be singing, and it might have been We Will Rock You.

Bohemian Rhapsody is long, but it feels short. Rami rocks Freddie and brings him closer to us. Don’t miss this biopic!

The Chilling Adventures of Sabrina, Netflix is Sweetly Haunted