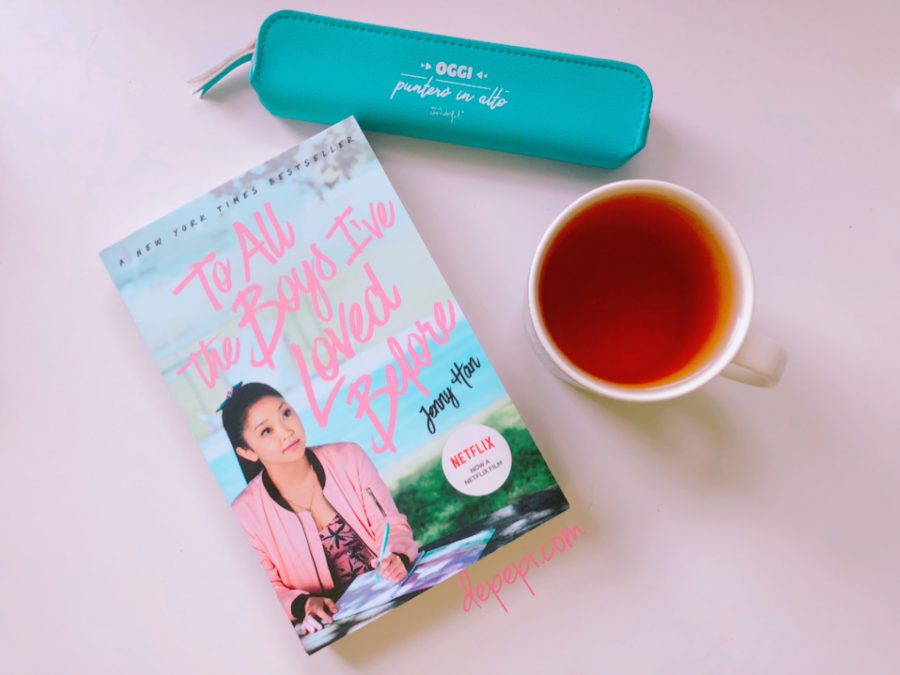 If you love Young Adult novels, you might love To all the boys I’ve loved before [The Book Depository] [Waterstones]. You can find the fantastic movie on Netflix, and watch it with delight and some angst. Coming of age stories and first loves can be dramatic on paper, but also on the big screen. Although it follows the book, the movie has several huge changes. But overall, is a movie to swoon all over. For starters: it has a diverse cast. Plus, Lara Jean is quite geeky. I saw myself reflected several times in her. Awkward at times, but also sassy and highly creative. Although I must admit I found it quite cheesy, I recommend it because it’s also lovely.

You can start reading the book, or you can go to Netflix and enjoy the film first. It’s highly entertaining, and it’ll also make you laugh. SPOILERS: this review has huge spoilers from the movie (and the book). So, refrain from reading further if you don’t want to be massively spoiled.

Lara Jean deals with her feelings by writing and baking (at least in the book). We can see her baking cupcakes in the movie, but there’s not much explanation about it. She writes letters to the boys that she’s loved. And that includes the current boyfriend of her older sister. When their mother died, Margot, the older sister, took the role of surrogate mother. She has a hot boyfriend that Lara Jean fancies, but when Margot enrolls University, she breaks with her boyfriend. There’s drama about it, and also in the fact that Margot is going away. Now, Lara Jean is the one to take care of the younger sister and help her dad. She’s going to drive to school instead of Margot, etc.

In the books, Kitty, the younger sister, also has a crush on Josh, Margot’s boyfriend. In the movie, Kitty sends the letters to do a favor to her sister. However, in the books she wants revenge, plus she’s way younger. Anyway, the movie is quite kind, and we see that she discovers the letters and decides to send all of them in the hopes that her actions will help Lara Jean somehow.

Lara Jean isn’t popular at school at all. So, when the letters arrive at their destinations, she freaks out. One of the guys, Peter, is quite a jock. Peter is dating Genevieve, once Lara Jean’s best friend. But, playing with a bottle, she had to decide to kiss him or not. She didn’t think that was a huge thing and kissed him anyway. She doesn’t have high esteem in love affairs. Genevieve got mad and turned the thing into a feud. Soon after sending out the letters, Genevieve and Peter break up. In the book he wants revenge, but in the movie, he wants her back. So, after getting the sweet letter from Lara Jean, he asks her if she can help him recover Genevieve.

And this is when things start to go wrong. Lara Jean is convinced that she’s on a quest to help Peter in exchange for him not telling anyone about the letter. But as the weeks pass, and as they act as if they were a couple, things start to get serious.

Lara Jean hasn’t experience in love affairs. All she knows comes from books. And when she realizes she’s in love with Peter, she’s gone far away within love’s grasp. She didn’t want this to happen, and yet it did. The same goes for Peter: what started as a game to get Genevieve back (or revenge, as in the books), ends up with true love. So, their original plans go astray pretty softly. The cool part of the movie is to savor and see how Peter and Lara Jean fall for each other before they even realize that they did. It’s sweet, and also cheesy.

Josh, the ex-boyfriend of Margot, also gets a love letter from Lara Jean. But he’s only concerned that Peter will play with Lara Jean’s heart. In the books, he’s peaches and cream. That’s why all the sisters like him. However, in the movie, he comes out as a little bit harsh (and douchey). But just a few. I guess it’s because Margot left him in such a cruel way.

The movie is brilliant. However, I wonder what will happen next if Netflix releases another film depicting the P.S. I Still Love You [The Book Depository] [Waterstones]. The hot tub video issue that we see in To all the boys I’ve loved before [The Book Depository] [Waterstones] belongs to the next book. In it, there’re rumors of the existence of the video. This stresses the relationship between Peter and Lara Jean, mainly because Peter knew Genevieve is the responsible for it, and he did nothing to prevent it or fix it. So, I guess that if Netflix goes on with their teen love story, they’ll need to come up with new engaging problems for them.

All in all, this was a great afternoon movie that I enjoyed with hot tea and buns. Give it a try, even if you haven’t read the books. It’ll make you swoon and giggle.

Copyright: Images on this post (C) depepi.com / Memes & Gifs (C) by their owners.

The Spy Who Dumped Me (Yay: Kate McKinnon)