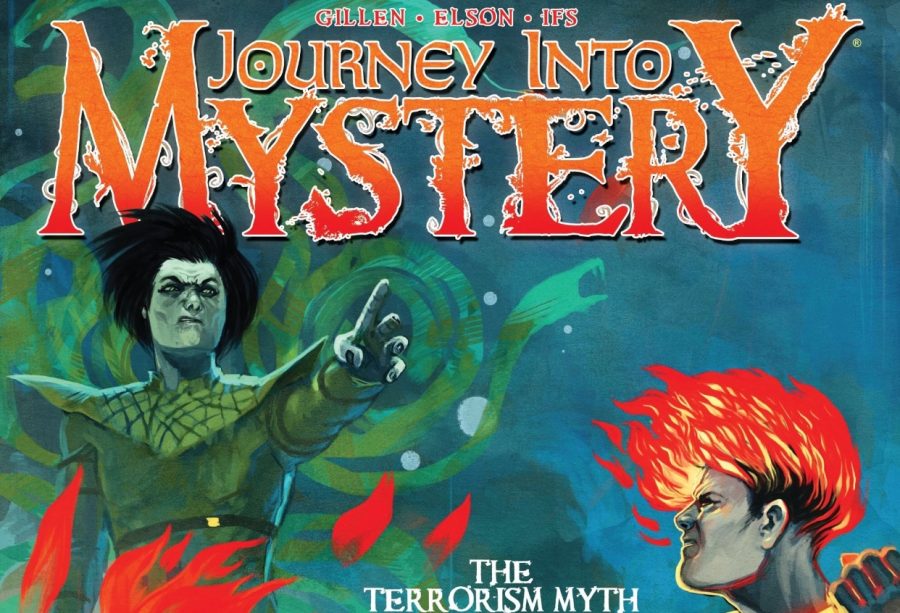 Loki can die in Loki, Journey into Mystery [The Book Depository] [Waterstones] if he sleeps. The Lord of Dreams (well, nightmares) is collecting huge amounts of fear from many dreamers. And one of them is Loki. Being a God counts; and so, his fears are more powerful of others. Daimon has a plan to stop the Lord of Slumber from creating the ultimate weapon using people’s fears and killing them while they dream. But this is a heroic plan, and it’s working slowly. Loki is getting a bunch of energy drinks not to fall asleep. But as time passes, and as he lacks more and more sleep, he starts having his doubts.

It’s not precisely Loki who starts having “nightmares” while he’s awake. It’s Ikol who is taking the opportunity to remind Loki that Daimon’s plan would work if Loki were like Thor. But, Loki is no Thor. He’s not a hero like his brother, and in remembering Thor, his fear kicks in. Loki is just Loki, and his way of doing things have nothing to do with heroes. And so, he orders Leah to help him do it differently. And this means to do things without asking any permission from anyone. He’s Loki after all.

So, Loki follows Ikol’s suggestion, and he does things in a tricky way. It also means to gamble a lot. He’s not only betting his life, but everyone else’s who are trapped in the Lord of Dreams’ trap. Loki orders Leah to pull out his fear from him so that he can bargain with it. When he meets the nightmarish villain, he offers his fear to him so that he can create his powerful crown. In doing so, he won’t need the energy of others, and so, he’d save everybody else. His big gamble can go very wrong because his solution is super tricky.

So, when they meet, the Lord of Nightmares ends up escaping with Loki’s fear energy. Daimon is apparently very angry and takes it against Loki. However, this could have worked for the best. Maybe this is in Loki’s favor. But, there’re so many questions regarding Ikol. The magpie is acting weirdly. True, it does give advice to Loki. However, I’m not sure who’s side he’s on. Remember that Ikol has the soul of old Loki inside. Can you really trust the bird?

Loki, Journey into Mystery [The Book Depository] [Waterstones] is getting more dreamy by the minute. Have you missed any of my reviews? Here they’re all of them: