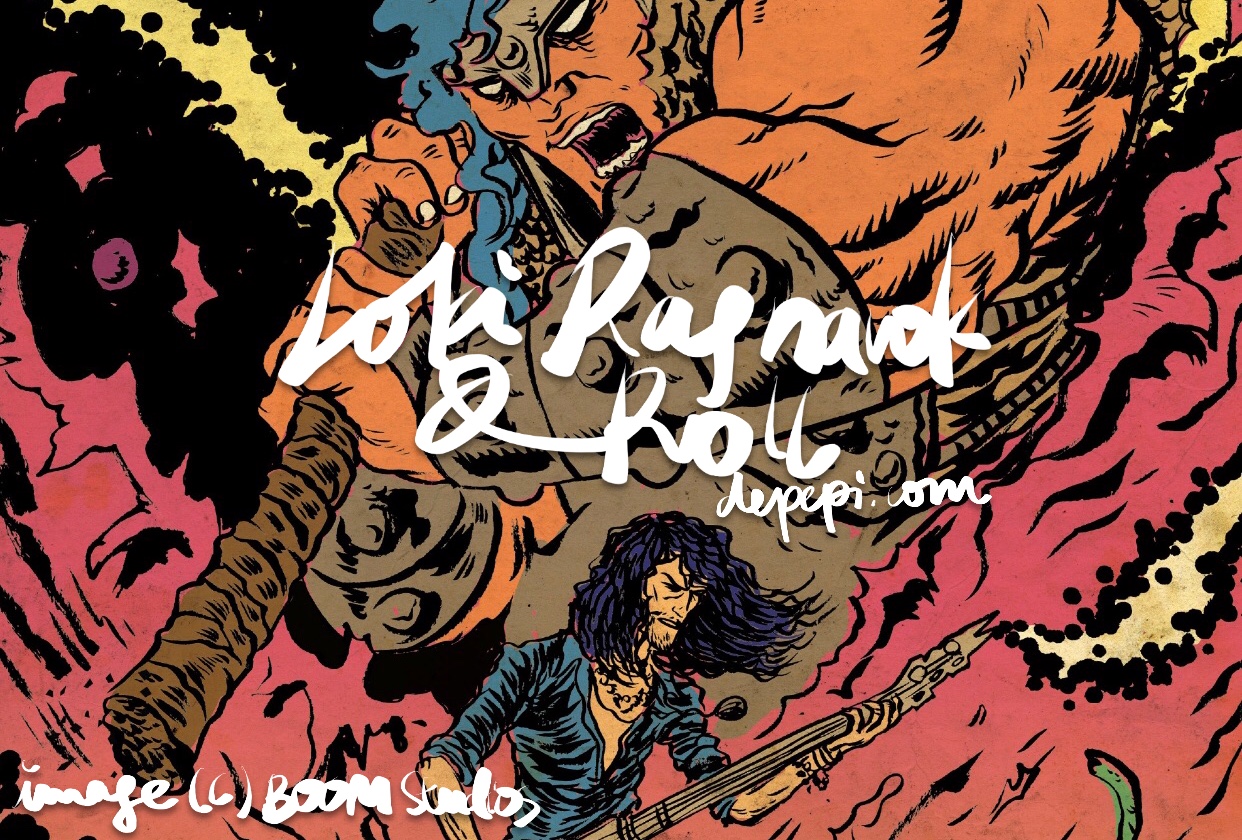 Loki: Ragnarok & Roll [The Book Depository] [Waterstones] is a funny comic from BOOM Studios. In it, we find the miseries of the Norse gods. Odin asks Loki to go on a diplomatic mission to Jotunheim. However, Odin wants him to go with Thor. In this comic, you’ll realize that Thor isn’t blond. He’s a huge guy with dark hair, and zero patience. He smashes everything before asking anything. Loki already knows that everything will be a fiasco. And yet, he tries his best to make everything happen.

Well, until they arrive in Jotunheim and Thor starts smashing everything and everyone there. Naturally, the diplomatic mission goes to Hel.

When Thor and Loki go back to Odin’s Hall, they find a massive party with all the Gods, from other pantheons. The first thing that Thor says is that everything is Loki’s fault. And although Odin knows that Thor messed things up, he vanishes Loki to Midgard. First Loki thinks that he’s going to a miserable place where he’ll be bored to death. But Midgard has changed since he visited it last.

He lands next to a rock bar, and he finds many youngsters. They all love rock, the devil, and the end of God. He’s impressed by the change in Midgard and follows them to the place. He also finds a bully: a colossal guy who acts very much like Thor. However, unlike him, he can use his wits to make him do whatever he wants. So far, Loki is having the time of his life! Plus, in the bar, he discovers that he can also be a celebrity. Well, he can be worshipped easily if he performs.

Why should he wait for the followers to flock to him like in the old days when he can just be a rock star? He loves the fashion, he loves the music, and he loves everything else. He can get out of trouble quickly, and he can have as many fans as he wants. This isn’t vanishment for him. This is just perfect! Why should he even try to go back to Valhalla?

So, Loki is having the time of his life. But Odin won’t let him alone so easily. Thor is in Midgard, but we don’t know exactly why.

Loki: Ragnarok & Roll [The Book Depository] [Waterstones] is a very funny comic. The dynamics of the Norse Gods are closer to mythology than to Marvel. And yet, they share some family relationships: Loki and Thor are brothers. Odin is a douche, and Thor is a smashing machine. Plus, Loki promises a lot of fun now that he has adapted to Midgard and he’s an amazing star.

The Art of Silence