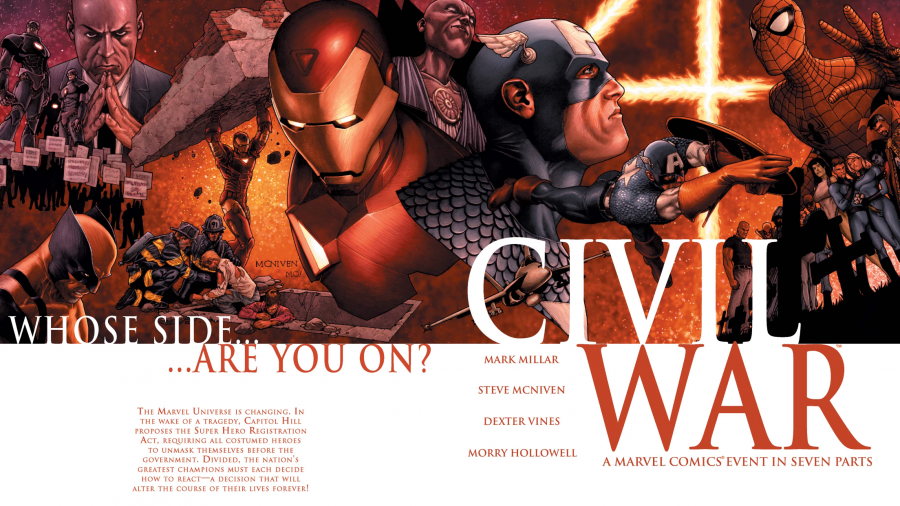 In Marvel Civil War [The Book Depository] [Waterstones] we get to explore what right have Superheroes to do their job. In the comics, we explore different topics that don’t have an easy solution. Although the MCU also touched similar topics, it’s the comics that explore the notions of accountability, transparency, and security.

In the comics, a group of young and new Superheroes set up themselves to take down a group of Supervillains to improve their ratings. Taking them down goes wrong, and one of the villains, Nitro, blasts a bomb next to an elementary school. Many kids die, and the Government finds a solution by implementing a new law. The Superhero Registration Act forces Superheroes and mutants to be in the registry. But that also means to lose all privacy.

There’re two groups to be considered here: the mutants who are born as such, and that might or might not decide to take the cape and go out to take down the bad guys; and the Superheroes that do the job by their own. They choose to be a Superhero, without any controls, and any training.

Because of the collateral damage that Superheroes do with the Nitro incident, there’s a huge outcry from the public, and they demand justice. When the Government decides to implement the Superhero Registration Act, Superheroes take sides, in favor, and against it.

One one side, we have Captain America. He’s against such a registry arguing that they’d lose privacy, and the freedom to do their job without getting paranoid or easily targetted by their biggest foes. He also believes there should be someone monitoring corrupt Governments and institutions.

Iron Man sides with the Government. He believes that the registry is necessary so that Superheroes are in check. There should be some control. He thinks that you have to sacrifice something to work as a Superhero. As people in the army, being a Superhero is highly risky.

Alan Moore explored what could happen if Superheroes were above everything in Watchmen. If they go, rogue, who watches them? Many Superheroes appeared to fight the Nazis. But the notion of having a super-being above everything, means that humankind could end with a quasi-nazi state.

Civil War [The Book Depository] [Waterstones] ends up with Captain America in cuffs. He realizes that his side has started to fight just to fight. However, the questions posed by the comic book are still hot. To argue just privacy in favor of caped vigilantes isn’t enough. Think about celebrities that have a great life at the expense of having a lesser privacy sphere when compared with other people.

To argue that they need privacy to do the line of job they do is also problematic. CIA agents might end up lying to their families, just as Superheroes do. However, they’re accountable for their actions if things go wrong, or if they go rogue.

Governments and institutions aren’t free from risks either. They can be corrupt. But the same can happen with Superheroes. So, there should be a balance to get sure that this risk is kept to a minimum. Superheroes can become corrupt too.

If we argue that they’re the only ones to do their job, we can grant informal authority to them, so that they provide their services. Superheroes can also do other tasks. If they act as policemen, then, do they have the right to do so? Batman does it because he has the approval of Gotham. The institutions are too corrupt, and there’s no one else for the job. But, he doesn’t always have their consent. He’s still a caped vigilante.

So, if we can’t have a guarantee that Superheroes won’t become evil or corrupt as Governments do, then we need a system to check them too. However, we can be indeed sympathetic to their arguments. Think about the Superhero Registration Act. This law has a reasonable objective, to create transparency. However, in other comics, we can see how the Government ends up abusing it with the Mutants. The act permits to create two types of citizens and discriminate against them.

So, it’s evident that the law isn’t working correctly either. In this case, there should be a reform to just ask Superheroes to be registered.

In Civil War [The Book Depository] [Waterstones] we can also see what happens to Spider-man. He’s in the middle of the discussion without taking any sides at the beginning. But, Ironman manages to bring him to his side. He does take out his mask, but soon we can see what happens to him when he does so. One of his foes finds him and attacks him without mercy. To know the man under the mask is to make of him an easy target. So, how do we deal with the topic?

Perhaps, Superheroes should be treated as double agents. Double agents can work in the dark because ordinary folks have no idea about their identities. However, the Government does.

The system isn’t perfect, but it’s evident that having masked Superheroes that act out of the law can be problematic, especially if they go rogue. Watchmen is a great example to explore that. The Superheroes from Watchmen end up acting more like dictators and Supervillains than the good guys. We can see how they end up being corrupt, and how a fight among themselves can be lethal.

So, who do you side with? Captain America or Ironman? Would you like to have masked Superheroes beyond the hand of the law? Would you risk it? 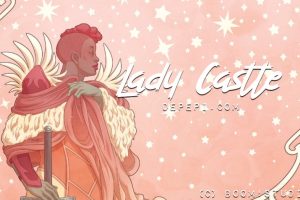 LadyCastle, or How Things Work if You Let Women Rule