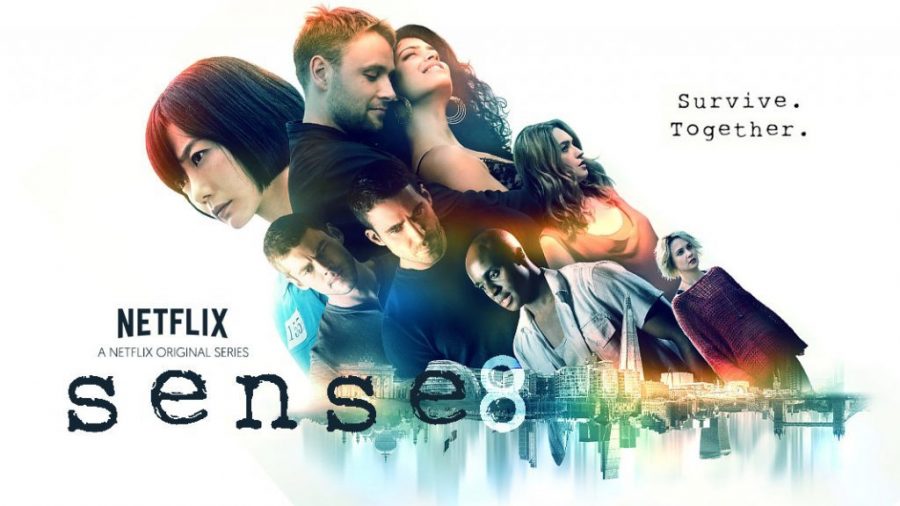 The Sense 8 finale was a tribute to love and emotional goodbye to the fans and the cast. Netflix cancelled Sense 8 after two exiting seasons. This show is as daring as is expensive. Because the numbers didn’t add up, they simply canceled the show with a massive cliffhanger. The original plan was for it to have five seasons. However, fans took Social Media by storm and convinced Netflix to give a great finale.

Different science fiction shows are hard to pack in a few words when marketing them. TV stations have canceled great classics like Star Trek, the Original series. They stand as an example of a world that we love to have. And yet, because of wrong timing and low audiences, they were cut short. However, times have changed, and now the audience can ask for something more. It’s true that the numbers didn’t add up (each episode cost more than $9 million!) But Netflix agreed to a finale that we can enjoy now.

SPOILERS: this review has massive spoilers of the finale. I decided to hide some gifs under NSFW banners. If you wish to see them, click on the NSFW text.

The world has two types of humans: the normal ones, and the connected ones, the sense eights. When they connect, they make groups, aka clusters, of around eight people. It’s way more than a mental connection, more than just sharing thoughts. They connect in a level that’s beyond amazing. However, there’s an evil organization called BPO that’s hunting them. While Capheus, Sun, Nomi, Kala, Riley, Wolfgang, Lito, and Will have been connected mentally, we won’t see all of them physically together until the finale, when they face BPO.

The second season’s cliffhanger was dramatic. BPO abducted Wolfgang, and the cluster decided to take Whispers and Jonas so that they could exchange one of them for their German cluster member. We begin the finale with the cluster members trying to free Wolfgang in creative ways. We get to see them at their best and collapsing as well. While they get with their loved ones little by little, we get to know that the head of the organization is crazy. Whispers wants to create an army of zombies so that he can clone his essence in all of them. He will never die. However, the head of BPO wants them as soldiers. (Yup, it’s messy).

We get to see lots of action, perhaps in a lesser flashy degree than in the previous seasons. But it’s all fantastic. They travel to different locations as well, and finally, we get a happy ending. And this is extremely difficult to get in some shows nowadays because it’s everything so dark and cynical. Our future or our possibilities are tied to dark times. Sense 8 tells us that with open minds and open hearts anything is possible.

Sun kicks ass, Kala and her husband surprise a lot along with Wolfgang (best favorite triplet ever now), and Will is impressive. The cute bear is still Lito, and Nomi and her girlfriend are the best. Riley gives us the best music ever. All in all, the cast brings up a story of love and endless possibilities.

We get a wedding with a fantastic message too. Nomi and her girlfriend Amanita marry, and all the cluster members are there, and so are their families. It’s very emotional. And after that, we get one of the most moving and breathtaking sex scenes. If you thought that the previous seasons gave the best “oil paintings,” this one is going to leave you breathless. Its depiction is art, but the message is what counts. Kala’s husband delivers the message: “I didn’t know you could do things like this.”

From all the sci-fi shows out there, Sense 8 is my favorite. True, there’s much weird science in the show, but that’s expected from the genre. What stands out about Sense 8 is its great diversity. We also get LGBTQ+ positive depictions, and a glimpse of what the world would be like if people were as thoughtful, mindful and understanding as the cluster of heroes in the show. Also, even though the depiction of different cultures could come as superficial, if you take into account the time and all the enormous efforts in the show, you get just amazed and in awe.

If you haven’t seen the show yet, give it a go. You already know now that it has a happy ending. It has everything: vast amounts of love, kickass action, sheer numbers of diversity, coming out stories, and an evil organization trying to ruining it all. There are drama, comedy, emotional scenes, and a high number of locations to enjoy the show. You can pick your favorite characters from the beginning, but the show will surprise you much, and you might end up with several (if not all) of them in your favorite list.

Although I’m sad that this show was canceled before time, the fact that we got a grand finale makes the farewell bittersweet. As for me, I’m going to watch it all over again because it’s a masterpiece. Thank you Sense 8 for all the emotional moments, and such beautiful message for the future.

Loki: Journey into Mystery. See you in nightmares, Thor.