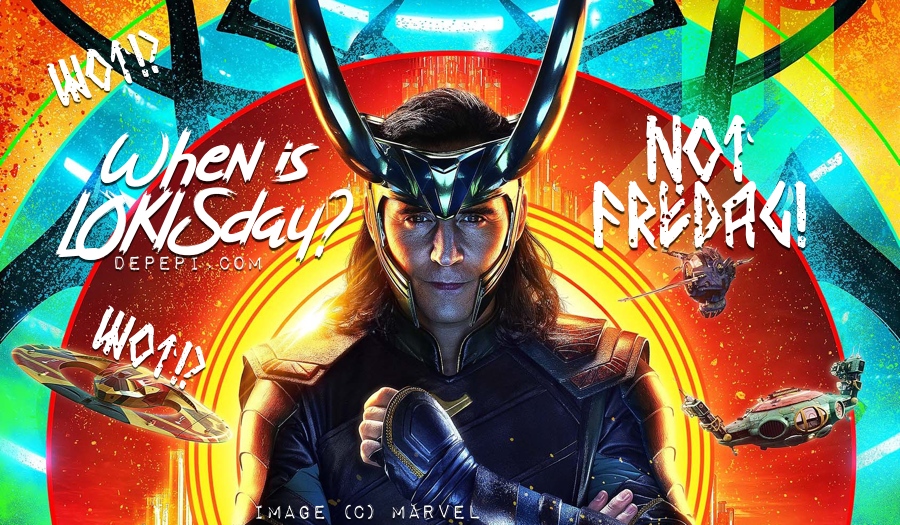 So, when is LOKIsday? I’ve seen many people on Twitter sharing about Loki on Friday. However, that’s not the day of Loki. Frigg and Freija’s day is Friday. I’m one of the few who celebrates LOKIsday on Saturday, but why? Well, let’s say that I follow one of the possible and most probable interpretations of “Laugardagr,” or “day of the bath,” or “wash day.”

All days of the week in English follow the Norse Gods, except for Saturday. Or does it? Most people believe it’s the day of Saturn, or Saturni Dies like the Romans called it. However, Sataere also meant “a thief in ambush,” which happens to be another name for Loki. Sataere was a god of the harvest, and some say it’s no other than Loki. But, wait there’s more.

Some scholars think that Lodurr was in fact Loki. So, Laugardagr that might mean “wash day” and might explain the tradition of a ritual bath at the end of the week for the Norse, the etymology also points at Loki from Lodurr. For Danish and Norwegian, it’s lørdag; for Swedish is lördag, and for Finnish is lauantai. All mean Saturday, and enough theories are connecting Loki to this day. But none to Friday.

Many Loki fans share all about him on Friday, just a day after celebrating Thor during Thursdays. However, the right day should be Saturday. In trying to fit Loki in Friday, we’re stealing Frigg and Freija’s day (and I don’t think they’re pleased about it).

It’s like we’re fridging Frigga twice. In Thor The Dark World we got Frigga killed to make Loki and Thor rage enough to disobey Odin and do their deed. Now, fans are erasing Frigga from her own day. And I think it isn’t fair. [If I were her, I would be raging on everyone.] To be fair, it isn’t clear if Friday is Frigg’s, Frigga or Freija’s day. There’s much discussion about that too. But, to make things fair, let’s put days as they should be.

So, when do we should celebrate LOKIsday? Well, if we want to make things right: Saturday. And, if we’re going to make it even better, we should remember to take a shower so that we can wash away all our weekly mischief and start anew. [Maybe I went too far?] As with all things Loki, there’s nothing entirely certain. But we can be sure that Friday is for Frigg and Freija. So, if you see many fans on Twitter sharing tons of Loki pics on Fridays stating that it’s LOKIsday, remember that his day is on Saturday.

So, hail Loki louder on Saturday. Share all about him, myths, Loki pics, whatever you want. But please, don’t steal Friday from the two amazing goddesses that rule the day. Besides, if you’re going to go out at night and be sure to meet a new partner, you better hail Freija on a Friday night 😉