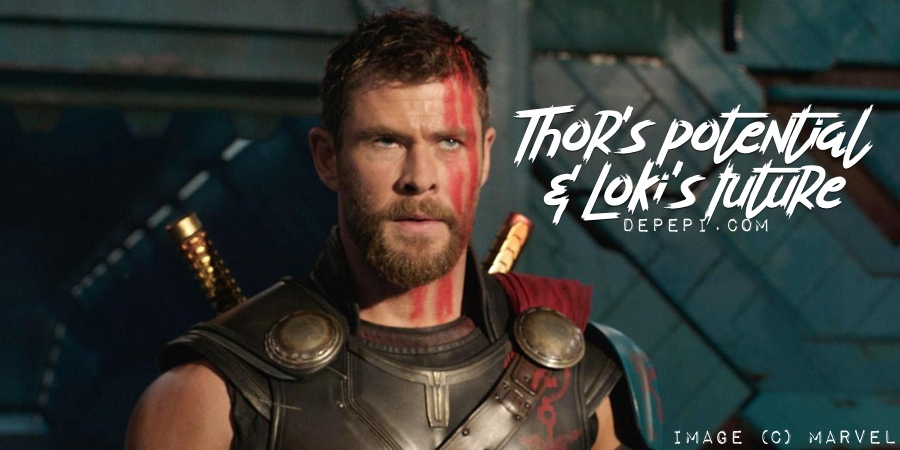 Thor is more popular than ever. In fact, Thor Ragnarok made of Thor the ultimate Marvel character. Thor hasn’t been that famous before. Taika Waitit has provided Thor with comedy tunes and enough charm to make it last for another decade. However, will Marvel take the opportunity to make Thor shine even more? We already know that Hemsworth is up for the task. But, is Marvel up to provide interesting stories about the Thunderer? One of Thor’s appeal is his relationship with Loki. Now that he’s gone, Thor is an orphan that has to reinvent himself. However, the audience loves the duo far too much to let it die forever.

Thanos killed Loki for good, but that doesn’t mean that we won’t see another version of him. In the comics, after the events of Ragnarok, Loki comes back as a young pre-teen. It’s then that Thor takes him into his care. The new version of Loki is amazing. In fact, Loki Agent of Asgard is the best version for me. I’m not sure if Marvel will go for this version. However, there’s yet another possibility for us to meet this current version of Loki on the big screen. Avengers 4 could travel back in time. In that instance, we could see the events of the first Avengers and see Loki with the Chitauri.

That Loki comes back thanks to time travel doesn’t exactly mean that we’ll see him alive once the timeline changes. However, if Marvel plays the card of bringing a different version of Loki on the table, we could enjoy him as we can do in the comics. Furthermore, Thor has more fuel to give, and thus we could have a fantastic storyline for the years to come.

Thor has become a lonely god who has suffered too much. This version of him could mentor a younger Loki. If this happens, when we see Thor’s demise, we can enjoy another version of Thor appear on the big screen. And this would be precisely what happens in the comics. Marvel might not bring these events literally, but it would be nice if we could enjoy something like this.

Thor and Loki work best in comedy more than in drama. Their brotherly dance of pranks and fights make them compelling. Thor and Loki, as portrayed by Hemsworth and Hiddleston, are a fantastic pair. They both shine best in Thor Ragnarok. It would be a shame to lose them both forever. But, if we have to welcome another version of Loki, I’m up for enjoying a grooming Thor trying to keep his brother out of trouble. An incredible task, as we can see in the comics.

It also means that we could enjoy the duo on Midgard. And if they bring a young Loki to play with the new Avengers that are going to play on the big screen, we could have a blast. I’m up for a young Loki teaming up with Spidey and Ms. Marvel. (Yes, Marvel is thinking to bring Ms. Marvel to the big screen too!)

For the time being, we can only think about what will happen next. I do hope that Marvel keeps Hemsworth’s Thor for a long time, and gives Hiddleston’s Loki an opportunity to come back, even if he’s only a shadow that pesters young Loki. Because that’s what happened in the comics, and that’s what I’d love to see on the big screen.

While Iron Man and Captain America’s stories do look like that are ending, Thor’s is just beginning. And if Thor keeps up, I want him to have his brother along with his side. The Trickster should play more tricks, while the Thunderer should hammer more things.

The Mighty Thor: Loki is Back