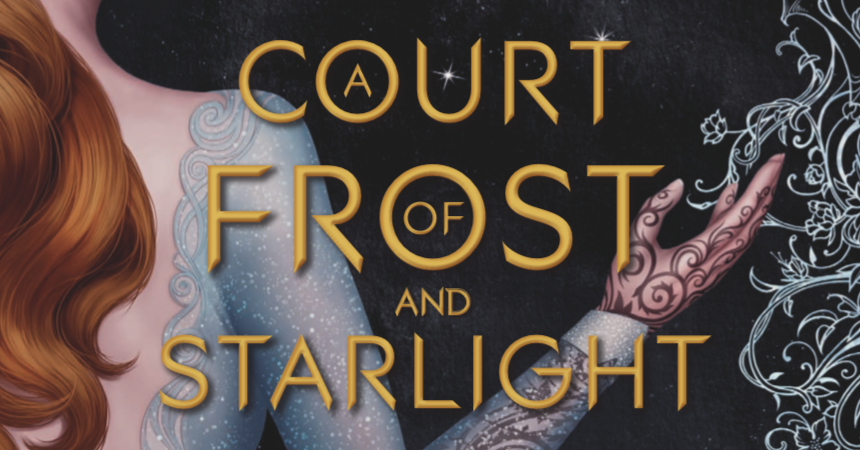 I finally read A Court of Frost and Starlight [The Book Depository] [Waterstones], aka ACOFAS, and I loved it! I know that many people haven’t like it so much, but for me, this bridge novella just feels right. We left Feyre, Rhys, Cassian, Nesta, Ellain, Mor, and the others after the huge war in ACOWAR. It’s just normal that they all need to deal with all the traumas from those events. I was hoping to have a Lucien spin-off, but I’m going to be happy with Nessian. But, before we arrive there, let’s take a closer look at ACOFAS.

SPOILERS: this post contains massive spoilers from the books. Before reading beyond these lines, I highly recommend you to read the book first.

Feyre has been working as a High Lady for a while, along with Rhys. She’s been learning all about her new possition. In the meanwhile, Velaris is being re-build and wounds are mending. However, the Illyrian camps aren’t that happy. Cassian knows that the drums of war could be happening soon if they don’t deal with the unhappy families that lost their loved ones. Many resent Rhysand and his open policies. Illyrians are still old fashioned, and they cut female’s wings so they cannot fly. Now, Cassian is training many females as warriors, and that doesn’t sit well with many of the traditionalists.

Rhys and his Court of Dreams are highly feminists; however, it’s not the same in all Rhys’ territory nor in many of the other Courts. In fact, Feyre is an anomaly. She’s a High Lady, when the other Courts only have High Lords and the females are there to provide kids.

While peace is fragile, Feyre’s family is having trouble to deal with trauma. Elaine seems to be the one who is healing the most. Although she still cannot talk to Lucien, she seems friendly with Az. The huge problem here is Nesta. She’s a horror and she doesn’t care about anyone. Or at least, she seems that she doesn’t care. Reality is that under that cold layer, those sleepless nights, she has a huge trauma, and she doesn’t know how to cope with it. She couldn’t take a bath for months because she was made in the Cauldron. She’s an acoholic who punishes herself by sleeping with whoever she finds in the filthiest taberns. Feyre pays for her rent. Nesta doesn’t work, she only drinks and gets thinner. Even Cassian doesn’t know what to do next.

Feyre isn’t free from trauma. She’s been hesitant to paint again because she’s afraid of what will come out her fingers. When she meets an artist called Ressina, she thinks about painting again. But she cannot do it in front of others yet. So, she chooses the ruins of an artist Fae building who died during the attack to Velaris. And once she starts painting, she lets the trauma slip from her fingers to the canvas.

The Winter Solstice is a huge deal for the Night Court. But, unlike the Spring Court, their celebrations are intimate, with family and friends. During the longest night of the year, they exchange presents. So, we follow Feyre around Velaris trying to pick up presents for her family and friends. And, it’s tough for her. She’s been so poor that it’s hard for her to spend money. Now, she has so much that she cannot fanthom how rich she is.

We also follow the thoughts of Rhys when dealing with the broken Tamlin. The Spring High Lord is dealing with his loss and personal trauma. He’s very depressed, and all his state is in ruins. So much so, that the Autumn Court is already thinking about taking lands in beyond the human border. While problems pile for Rhys and his Night Court, his relationship with Feyre takes another level. We left them hoping for adventures at the end of ACOWAR. But Feyre has changed her mind while dealing with her trauma and working for many charities in Velaris. When she finally meets a weaver and buys her tapestry, she realizes that it could have been Rhys dying. And, he could have left her nothing. The Weaver’s husband went to war and never came back.

For Solstice, she gaves him a huge present: the future face of their son. She wants a kid, and since it’s so difficult for Fae to have them, this is like a huge deal for Rhys. He’s so shocked that he trembles.

We can follow all the characters throughout the book, and see how all of them deal with trauma and loss. There’re sexy times with Rhys and Feyre, one of the hotest ever on a wall where art falls down and crystal breaks. But, the emotional part here has to do on how different people deal with loss and pain. Some are stronger than others, and Nesta, despite looking very tough, seems to be quite weak. In punishing herself and being a horror, she’s cutting herself out of the family and hurting them all.

Rhys seems to be living his wildest dream, but he has to deal with too many stuff as well. He isn’t free from trauma either. And Feyre, now in the shoes of High Lady, is trying to balance her privacy and adjusting to being a public figure. Rhys and Feyre’s love is stronger than ever, and they help each other deal with their feelings. However, others in the group are having troubles and dealing in silence. This is the case of Cassian, who needs a condecoration for waiting and being a nice chap. Although I expect him to crack at some point in the next book if Nesta doesn’t change her ways.

A Court of Frost and Starlight [The Book Depository] [Waterstones], ACOFAS, is a delight. Despite being short, it has enough contents to make you think and start understanding what happens when people are depressed. Nesta is very much so, and she’s being a horror to deal with. How they’ll handle her in the next book will be key to unravel all her mysteries.

This book is also very mature. We can see an evolution with all the characters, and a great arc with Feyre and Rhys. They evolve, and so does their relationship. It’s nice to see how they change mind from trying to have more adventures, to deciding to have a family. It’s also cool to see how suportive Rhys is. He needs his mate to be active as well, because he values her a lot. Letting Feyre have more responsibilities also means relying more on his mate. We’ll see how this plays out as an example for other Courts. Perhaps we’ll see that in the next book.

I enjoyed this book so much, that I decided to slowly read all the books again. Rhys is a sweetpie, and the Illyrian babies are to die for. Males in the Court of Dreams are amazing. And females are so badass that you have to love them all. Amren and her jewels, Mor and her dresses, Elain and her plants. And Nesta I’m sure has more to give to us than just cold replies. There’s surely more to her than pain and death.