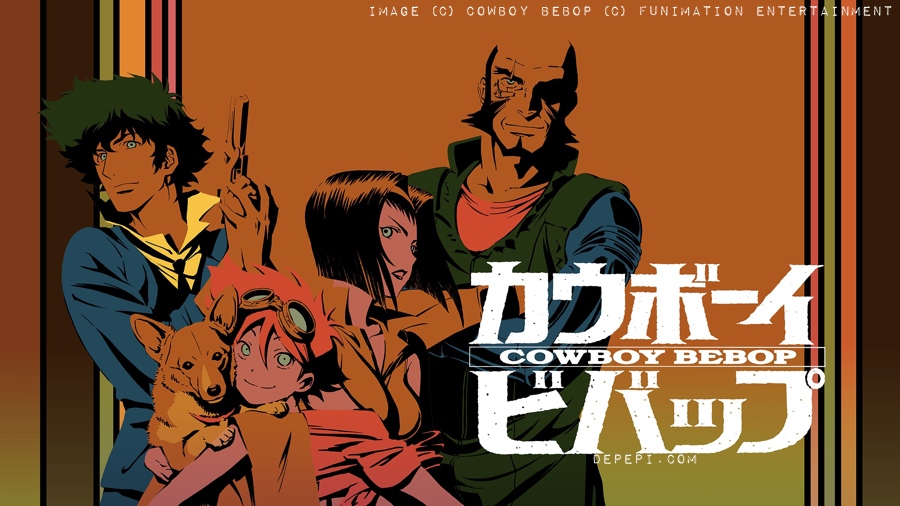 Netflix has many anime jewels at the moment. Cowboy Bebop was a hit back in the 90s. Now he’s back thanks to Netflix. It’s a weird combination of James Bond, Sherlock, and Harlock. We’re in 2071, and the Earth is almost uninhabitable. Luckily, humans have colonized many planets and moons of the Solar System. However, criminality runs amok. That’s why the Iner Solar System Police, aka ISSP, allows bounty hunters. These are also known as cowboys. They chase criminals and bring them alive back to justice for a return.

The original crew of the Cowboy Bebop ship is Spike Spiegel and Jet Black. Spiegel is a former hitman of the Red Dragon Syndicate. Black is a former ISSP officer. Later on, they get a new partner, Faye Valentine, an artist. Edward Wong, a hacker girl, also joins the crew. And if you love Corgis with human-like intelligence, you’re going to love Ein.

Spike is in constant competition with Vicious, a criminal from the Red Dragon Syndicate. They were friends once, but when Spike began an affair with Vicious’ girlfriend Julia, he tried to kill Spike. Having no choice, Julia goes into hiding, and Spike fakes his death. After Julia is killed, Spike swears that he’ll get rid of Vicious. To do that, he’ll end up infiltrating the Red Dragon Syndicate again. But, until that happens, he’s a valued member of Cowboy Bebop.

This show is slow-paced but compelling. It’s a mix of drama and comedy, with jazz vibes in it. You’ll see that the artwork is also classic. The 80s and 90s manga have a very unique flavor to them, and in this case, it shows clearly. I won’t spoil the story for you, but if you like action and comedy, this is for you.

Spike is a little bit of a mess. He’s good at his job, but his life is messy. Although he trains like Bruce Lee, he’s sloppy most of the time. Despite this, he’s very good at trapping the bad guys. However, he leaves a trail of destruction wherever he goes.

Cowboy Bebop is a child of its time. Thus, you can see characters smoking a lot. Other details can be staggering as well, but all of them come from the 80s. It also shows in the vision of the technology people use, and the fashion of the characters. Please note all the small details, from fashion, haircuts, and technology.

If you have some time, consider watching Cowboy Bebop. It’s fun, irreverent, and compelling. Be advised, you might end up needing some tissues despite the comedy in the show. Give the soundtrack a go as well. The opening song is impressive, with its jazz vibes and James Bond influence. In short, this anime show is gold.

Level Up Birthday. I Got The Queen!