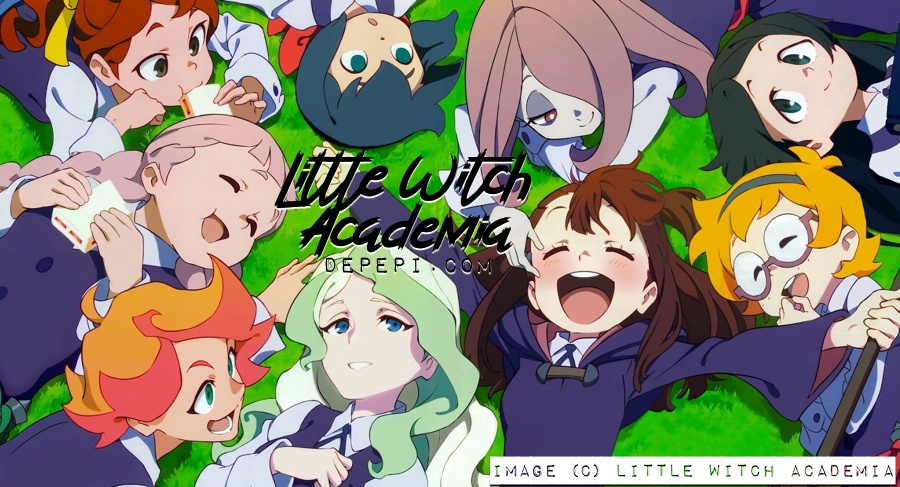 If you like Harry Potter, you might love the sweet anime version called Little Witch Academia. You can find it on Netflix. It tells the story of an ordinary girl named Akko Kagari. She’s a muggle, but she wants to become a witch like her hero Shiny Chariot. She wants to bring joy and laughter to the world using magic. So, she enrolls a magic academia where she makes friends with two other nerdy girls. Sucy Manbavaran and Lotte Yansson.

Akko, Sucy, and Lotte are the equivalent of Harry, Hermione, and Ron. There’s also an equivalent for Draco Malfoy, an almost perfect girl with green hair called Diana Cavendish. Although many adventures resemble Harry Potter, including some sports and broom flying, it diverts in its sweetness. Diana isn’t that bad after all, you only need to dig into her story, family, and baggage to understand her motives and attitude.

SPOILERS: there’re some spoilers ahead. Proceed with caution. If you prefer, you can go to Netflix now and watch the anime first.

Apart from the Harry Potter vibes, you get mashups like Mazinger Z and the Moomins. Lotte comes from Finland, and we get to visit her country in one of the episodes. Her parents’ neighbors are Moomin characters. You even get winks to Santa and the Northern Lights. It’s all fun, but don’t think it’s without action.

Akko is reckless and quite annoying at times, just like Harry. She messes things up because she doesn’t think at all before acting. Her friends are also fun and make trouble. Sucy is obsessed with potions and mushrooms. In one episode she brews something lethal, takes it and goes to sleep. While all types of fungus invade the Academia, Akko falls to sleep and gets into her head only to discover how complicated Sucy is!

The teachers of the Academia are also very funny. You get winks to Harry Potter teachers, while many are humorous depictions of them. But there’s no big villain here. This anime show plays with emotions and has a morality behind it. We can find it easily in Akko and Diana. Diana loves magic, but she has to be perfect because of her family’s legacy. When she was a child, she enjoyed magic in the way Akko did, but after her mother died, she felt that she had to be serious. And with it, joy disappeared. Until she met someone who made her remember that magic can be joyful too.

Akko is childish, but she has good intentions. She’s naive and very hot-headed, but because she has a good heart, what she aims above all is to do what she loves the most.

But she’s entirely a disaster. She keeps trying despite all her failures, and finally, her magic comes as cute. Her transfiguration class starts as a real fiasco until we discover her charming ways. It might not seem like much, but she’s making a difference because she’s keeping trying doing what she loves. She meets with a politician’s son who is following the steps of his father. Apparently, he’s sad and has a bad attitude. That’s until meeting Akko.

All main characters and almost all supporting characters have a great arc. We can see their evolution, how they start with fear and in a bad place, and how opening to each other makes things better.

Plus, it’s incredibly funny. This show is perfect for the whole family, plus the message is good. Do what you love, open your heart to everybody, and never judge because there might be something else there. Also, don’t judge muggles because there’s magic in them too. By the end of the show, we discover that even people who seem not to have any magic, have it also. It’s a question of believing!

Akko will make you laugh a lot. Her anime reactions are hilarious, and her way of getting into trouble is unique. She cannot fly on a broom, makes things explode quickly, and her transfiguration techniques are lovely. Despite all, her will is the strongest.

Go to Netflix now and watch Little Witch Academia. We binged it in less than a week because we couldn’t have enough, and we wanted to know more about Akko and friends. Plus, the artwork is super refreshing. I like realistic anime too, but this style is too sweet to miss. If you don’t know what to watch next, or if you want something to watch along with your kid, try this one.