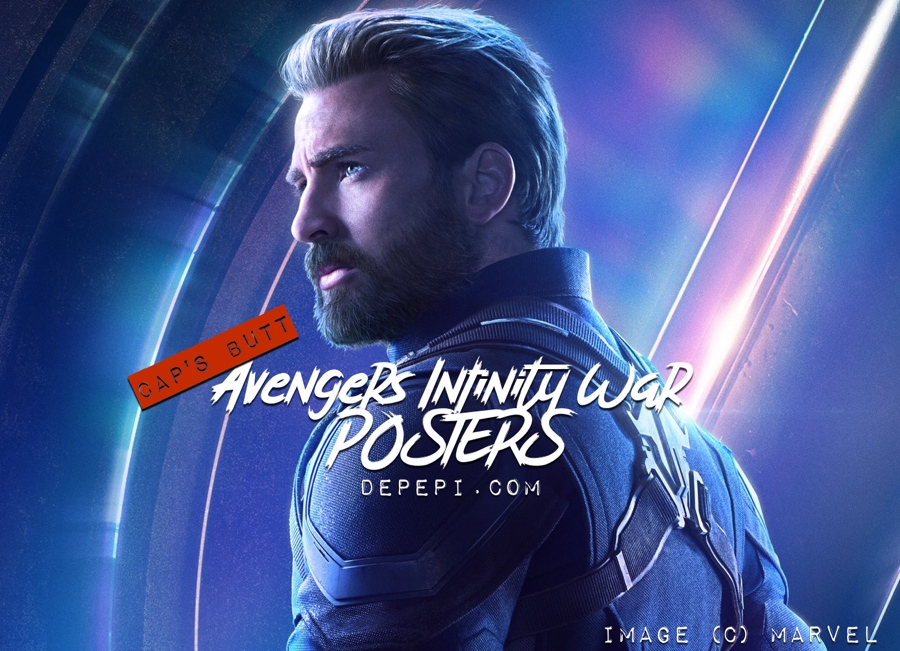 Avengers Infinity War new posters are here to haunt our dreams. First, it was the beard, now the butt pose. Twitter is on fire thanks to Captain America. But, wouldn’t you say that’s too oversexualizing? Well, it is. But we usually get women rocking butt poses for the delight of the male audience. For once, some of the heroes are rocking the butt pose. We can see most of the heroes on fighting poses; however, there’re two that are almost a copy-paste. Captain America and the Winter Soldier are both rocking the butt pose. Is Marvel shipping them together?

Jokes aside, it’s good that we can find consistency in all these posters. We’re too used to seeing hyper-sexualized women on movie posters. We don’t need to look too far away since Marvel has done that to Black Widow in the past. Representation is paramount, especially if gone right. That’s why the new Avengers Infinity War posters are so powerful.

For starters, we get males posing with the butt pose. It isn’t extreme. Even if you post Cap’s poster on Twitter, and even if Twitter just focuses on his butt, the reality is that it isn’t as bad as Black Widow’s Winter Soldier poster. Cap’s rear doesn’t look photoshopped to gain some extra pounds if you get what I mean. That’s what happened to Black Widow. In the Winter Soldier, she had massive boobs, an impossible waist, a great butt, and a worrying fighting pose. She’s welcoming someone more than trying to fight. In Avengers Infinity War we can see her as she is, natural and preparing herself to fight.

That we get more realistic fighting poses with all the heroes is excellent. Showing a little bit of skin, or hinting at sexy things is okay as long as it isn’t done hyper-realistically, or you photoshop the actors in weird ways until you get someone that doesn’t exist. Please, be my guest and keep making Groot and Rocket Raccoon possible. But, don’t make the mistakes of the past again photoshopping people to the point of being impossible.

In that sense, it’s fair to say that these posters are almost gold. I say almost because there’s someone missing in the equation: Loki. He’s been in posters in all the movies in which he appeared. Even if he was a tiny dot, he was there. Except for Avengers Infinity War. Should I start worrying about him?

Copyright: Top banner made by dePepi with an official (C) Marvel image / Memes & Gifs (C) by their owners.

The Unworthy Thor: Thor vs Thanos