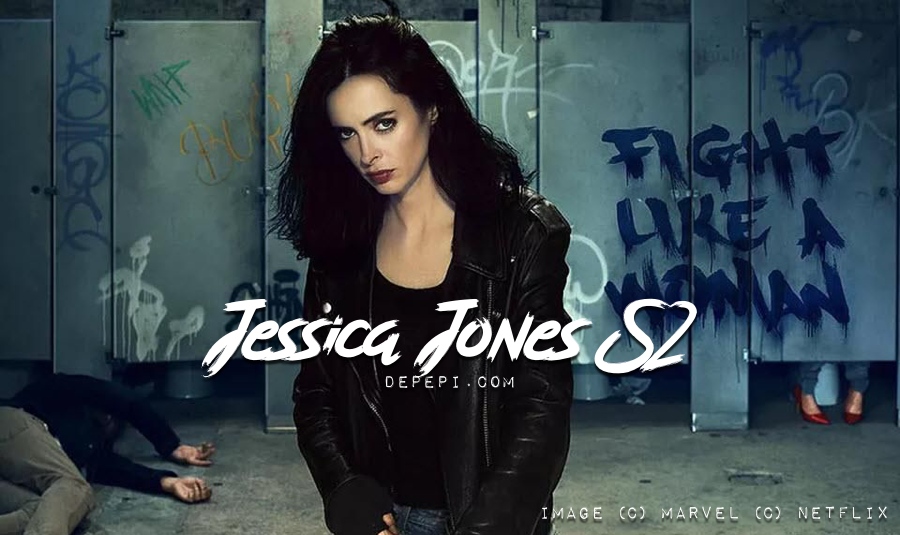 I finally made it to the last episode of Jessica Jones S2, and I loved it. I know many people out there preferred season one; however, the development of characters of season 2 is impressive. That’s one of the main reasons why I liked this show. We start with a furious Jessica Jones who cannot manage her anger. She’s drinking far too much, doing a crappy job, and unable to deal with being a Superhero. People around her are friendly, but they’re enabling her behavior as well. It’s not that Jessica is an easy person, she’s a horror. However, she’s hurting, and her circumstances don’t make it any easier to go out from the ditch she’s in.

SPOILERS: this post contains massive spoilers of the show. Please stop here if you prefer to watch the show first. It’s a good one. Just enjoy the ride and the great character development.

Jessica is dealing with a lot in her life. Meanwhile, her sister Trish is obsessing over doing something meaningful with her career. Malcolm keeps working for Jessica and trying to get into the business. And while all this happens, we get to know that Jeri is very ill. She’ll be getting worse and worse until she dies. Her associates want her out of business, so she asks Jessica to find out dirty stuff for her to negotiate with them. And then, in Jessica’s building appears a new keeper, Oscar. He has a kid, is an artist, and at the beginning doesn’t like Jessica at all.

Jessica has a very weird client who affirms to have superpowers. But he’s so nerdy, and his story sounds so silly, that she doesn’t believe him at first. She ends up believing in the guy just moments before he’s murdered next to Jessica’s building. Someone let a lot of weight fall on him, which implies superpowers. To that, we have to add Trish who brings up information about Jessica’s family. It seems that both are connected. At the beginning Jessica doesn’t want to look into it, but then she does. She has a massive trauma, so it’s understandable that she doesn’t want to touch the topic.

It looks like someone is threatening Trish because she’s looking too closely into Jessica’s past. Simpson seems to be following Trish, but to their surprise, he’s trying to protect her. While both Trish and Jessica are escaping, someone murders him. He leaves behind a bag plenty of weapons and a strange inhaler with some weird drug that makes him have superpowers with a nasty side-effect: extreme addiction. Trish keeps the bag and starts inhaling the drug. Her personality starts changing, and his obsession with taking down whoever is targetting them increases.

While Jessica keeps digging into her past, Oscar changes his mind about her. She’s not as scary as she seemed before. While their relationship builds up little by little, Jessica finds a significant lead that brings her to her mother, who is still alive, and the doctor who saved them. Alisa, Jessica’s mother, has also superpowers. In fact, she’s way stronger than Jessica. There’s only a catch: she’s insane. She can’t hardly control her rage. In her way, she has killed many people and even punched Jessica without thinking. The only one that seems to keep her in line is the doctor, Karl. He uses a kind of sedative that soothes her. But, when she has an episode, she’s almost impossible to stop.

Jessica is torn apart. She doesn’t know what to do. While her mother enables Karl to flee, Jessica’s mother ends up in her daughter’s apartment until she messes things up and Jessica handles her to the police. Alisa and Jessica have anger issues, but they’re very different. While Alisa doesn’t hesitate to kill, Jessica isn’t a killer. Her mother has the killing instinct and feels nothing if she thinks that’s the right way to go. However, things get so bad for Jessica, that she starts seeing Killgrave at a certain point. Even when she’s tortured by her subconscious mind, it’s clear that she hasn’t the killer instinct.

While this happens, Trish gets too addicted to the drug she uses to keep digging into the case. That’s until the drug runs out. When it does, the only thing she can do is to find the doctor who made Jessica. And when she does, she kidnaps him. Under the pretext of wanting to do good, she asks the doctor to make the same procedure. That will enable her to have superpowers. Before the process can be completed, Jessica rescues Trish. Karl finally sees his mistake and suicides. And that’s when Jessica’s mother goes rogue. She sees the news on the television and soon escapes the prison.

Alisa doesn’t think about the consequences at all. She kidnaps Jessica and wants to escape somewhere else. She even dreams that the two of them become heroes. However, she’s forgetting that she started a new life with Oscar and that she’s getting better. She might have been lonely, but she does have a life, a stable one. Alisa only realizes her mistake when the police give an ultimatum to Jessica. If she doesn’t take care of her mother, they’ll consider her as dangerous as Alisa.

So, while still fleeing from the police, Jessica’s mother decides to enter into an amusement park and light up a huge wheel. Police will see that and go there. While they both are in the wheel chatting about their lives, Trish appears and shots Alisa. The shock is massive, and the action will have substantial consequences for everyone. Jessica’s mother puts in motion many things: Malcolm teaming up with Trish, and then going freelance, to end up working with the thug who hates Jessica. Trish ends up with some superpowers, but in killing Jessica’s mother, their trust erodes, and Jessica cannot see her as her sister anymore. She sees her as her killer. Jeri has had her own hell and has left her trusting no one and using money to hire people around her and have fun until it lasts. That includes hiring Malcolm instead of Jessica.

For Jessica, it means starting living again. Meeting her mother again and having such an ordeal made her realize how numb she had been. She wasn’t living, she was just breathing and being lame. Thanks to all the events in the show, she starts drinking less and keeps up with Oscar and his son. She does have a family. Even if she has lost her friends and sister (Trish and Malcolm), and even her most lucrative client (Jeri), Jessica has something that she hasn’t had in almost all her life: a family. Granted, it’s not perfect, but it’s way better than what she had.

The strength of season two is the character development. We start the show thinking that we know the characters, but we end up surprised with all of them. Jessica is indeed a horror, but she is capable of love and indeed of being kind. Trish was the perfect one, but she is the daughter of her horror mother and thinks that her decisions are the best. And when she gets hooked on the drug and obsessed to do good, destroys what she has around her. Malcolm changed his addiction to drugs to hooking up with girls. He betrays Jessica’s trust because he was sleeping with Trish. We can see that he isn’t cured at all and that he does have ambition.

None of us are perfect. There’s as much light as there’re shadows within us. While Jessica’s mother did right, she also did horrible things. We’re all angels, but we’re also demons. And that’s the thing that I liked the most about this show: how human and imperfectly brilliant it was. What did you think of it?

—
Copyright: Top image of this post made by dePepi with an official (C) Marvel (C) Netflix image / Memes & Gifs (C) by their owners.

The Vocabulary of Fandom: K & L