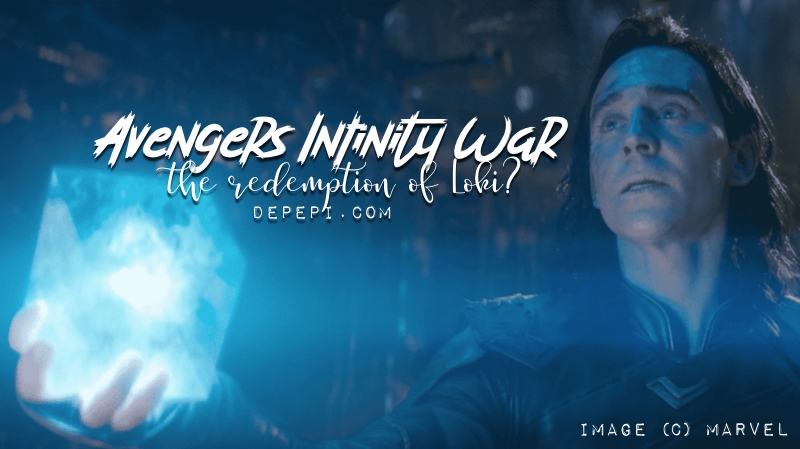 I’ve been thinking a lot about Avengers Infinity War. For some reason, I believe that we could see the redemption of Loki in this film. And this could mean that we would end up saying goodbye to our favorite trickster. There’re many theories around the web. Some people think that Loki will become evil, while others feel that he’ll play dirty for Thor. However, if we put both teaser trailers together another new and chilling theory emerges.

Loki is the God of Mischief. Thus, betrayal is in his nature. However, his arc during all the movies has been enlightening. He’s gone from misunderstood villain to wary antihero. You can’t trust Loki to the fullest, but he’s not the ultimate evil master of the Universe. Therefore, it’s very likely that he’ll redeem himself by saving Thor. But, before I explain further, please take a look at the teaser trailers.

Loki started to care more about others in Thor Ragnarok. He decides to help his brother and the people of Asgard before saving himself. However, at the end of Ragnarok, as soon as Thor says that he believes in the redemption of Loki, Thanos’ ship appears. Thanos wants the infinity stone that Loki took from Asgard’s vault.

Now, from the trailers above, we can take some pieces that might make some sense. Loki offers the stone to someone, it isn’t clear if it’s Thanos or any of his subordinates. We also glimpse Loki in trouble among the mad Titan’s Black Order members. Although it might look that Loki is a member, the reality is that someone is pointing a weapon towards him.

The question is: is he offering it to bargain beyond his own life? Since Thor survives and joins the Guardians of the Galaxy, the scene with Thanos taking Thor’s head in his hand and squishing it brings a new dimension. What if Thanos is making him watch something so painful that Thor needs to shut his only surviving eye? What if he’s watching Loki die for real?

For starters, we can see clearly that Loki is standing among the Black Order members in discomfort. Plus, Proxima Midnight is holding her staff towards his head. We can also see Thor’s pain and anger in the trailers. First, Thanos seems to squish his head, but it’s more likely that he’s forcing him to watch something else. Then, he goes rogue and forges a new weapon.

Although it is true that Tom Hiddleston has one more movie in his contract, that doesn’t mean that Loki is going to survive Avengers Infinity War. I’m dreading the movie as much as I’m excited about it because of him. We could get glimpses of Loki in the second part of the Infinity War as memories or warnings of some sort through Thor. But, since it’s very likely that Thanos is forcing Thor to look at something dreadful, it’s horribly possible that it might be the demise of Loki.

It could be that Loki offers Thanos the stone to bargain for the life of his brother and whoever might be left standing of the Asgardians. Thanos wants to kill half the Universe, so it would make sense to leave Thor alive to sink into his misery. As soon as Thanos has the stone and has killed whoever he wishes, he goes away to get the other stones. And then it’s when Thor joins the Guardians of the Galaxy.

I wish for Loki’s redemption, but not at the expense of his life. To be honest, I’d love to see both brothers fighting side by side to stop Thanos. But, as we haven’t seen anything of the sort in the trailers, and since Loki is missing from the promotional posters, is fair to say that having him killed after redemption might be a strong possibility.

It makes sense to see him redeem himself. He starts as a villain, and then he grows up until he becomes an antihero of his own right. So, I see him redeeming himself and not betraying everyone.

Loki is an epic character, and he’s the best of the MCU for many fans. It’s going to be heartbreaking to see him go. But, if he has to go, I wish him to have redemption. We’ll need to wait until April 27 to know if the Tricksters has been playing with us.