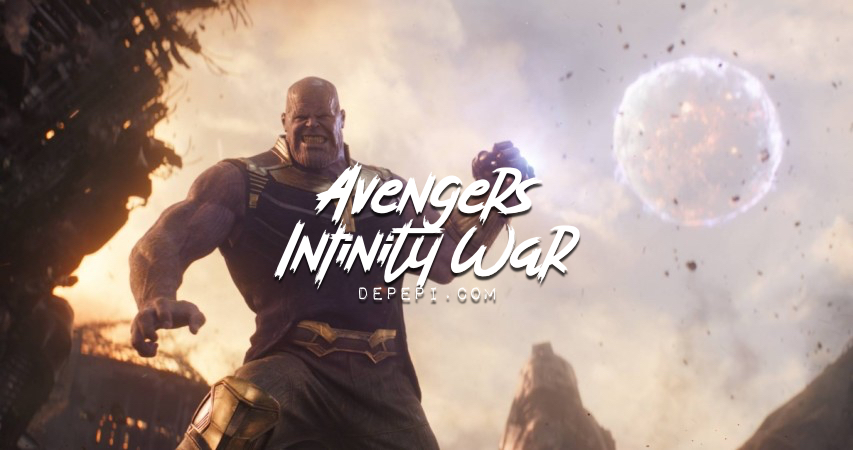 I just see the new Avengers Infinity War teaser trailer, and I can’t wrap my mind around it. What’s going on with Loki? Heck, what’s going on with everything? My reaction was priceless: have more questions about the movie, and then watch the teaser ten more times to try to figure it out. I still haven’t. What’s going on here? Will Thanos smash Thor’s skull? I hope not because I need Thorki in my life.

So, let’s go step by step. We first get Gamora explaining to Ironman who Thanos is. The horror of horrors, because he wants half of the Universe wiped out. And, he’s the guy that appears on Tony Stark’s worse dreams. Thanos is here for the Infinity Stones, and Earth has some of them. Bugger!

“The entire time I knew him, he only ever had one goal—to wipe out half the universe. If he gets all the Infinity Stones, he can do it with the snap of his fingers, just like that.” Gamora, chilling our bones.

It might sound chilling, but in the comics, it’s even worse. Thanos wipes out half of the Universe because he’s in love with Death, and that’s his wicked and sick present for her. And yes, he does it with a snap. After ten runs of the trailer, I could see that Gamora isn’t talking with Stark, but she’s explaining that to the Guardians of the Galaxy. Tony is in Doctor Strange’s Sanctum Santorum. So, it’s more likely for Gamora to explain who Thanos is to Thor.

Then we see Thanos in what I guess is the Asgardian ship. Now, the Mad Titan comes to collect the stone that Loki has. His gauntlet only has two stones at the moment, the Power Stone that was under the Nova Corps protection in the first Guardian of the Galaxy movie. So, I think that Thanos stole it creating chaos and mayhem in his path.

Meanwhile, Spidey is doing his heroics on the school bus, as we saw in the other teaser trailers. Plus, Ironman is doing his job going after the alien ship.

“We have what Thanos wants, so that’s what we’ll use.” Tony Stark, being brainy and stuff.

While Stark tells us his marvelous plan, we get to see Dr. Strange’s Time Stone in the Eye of Agamotto pendant and the Vision’s Mind stone. He’s with Scarlet Witch who is worried sick about him. It seems that these two are hiding, and at this point, it’s likely that they’re in Wakanda to draw Thanos to the big battle. If they do that, Thanos won’t be trashing all Earth because of the stones, plus they can prepare a trap.

So, most of the heroes end up in Wakanda! I say most because part of the Guardians of the Galaxy are somewhere with Thor. Rocket and Groot and Thor team up for doing something we don’t know yet. (I can’t wait for the movie, this suspense is killing me!) And in Wakanda, we have Disney Princess Badass Shuri taking a look at the Vision. Yup, that hologram there is the Vision.

“Let’s talk about this plan of yours: I think it’s good, except, it sucks. So let me do the plan, and that way, it might be really good.” Shameless Star-Lord beating Stark.

And so, the Guardians meet Ironman and happens what it has to happen: egos collide. In a good way, don’t get me wrong. But it’s how it goes. Star-Lord is used to plan all things, and so is Stark. It’ll be nice to see how they end up teaming up together. At least we’ll have some laughs in the middle of so much drama.

And it’s likely that Spidey will give us many laughs because a big dear hero will die in the movie. In the comics, Captain America dies, and the Winter Soldier is the next Captain America. And why do I say this? Because there’s a scene that is giving me the chills. (More on that later, but first…)

Thos starts Xmas somewhere in the Galaxy while Rocket and Groot stare in awe. Thor seems to be working on his weapon. Mjolnir is dead, but we could be witnessing the birth of Jarnbjorn, the ax that Thor is wielding in the comics. The Unworthy Thor uses Jarnbjorn and not Mjolnir because he isn’t worthy. Or it could be the other Mjolnir for the alternate Universe that makes Thor worthy again. Or it could be something new, the “Stormbreaker,” a weapon forged for the MCU. In either case, we’re set for greatness.

And we’re also set for despair because Thanos is smashing Thor’s skull! Before that we see a young Gamora taking Thano’s thumb. And then the horror: Thor in pain. This happens in the Asgardian refugee ship, and Thor will survive this, but they lose the Space Stone that’s inside the Tesseract. And we also get a look of the Black Order, aka Thanos’ villain team. And it includes Loki! I’m hyperventilating again.

So, I hope we’ll see Loki tricking the Mad Titan because if he doesn’t, I’m going to be very angry with Marvel. Loki has no team, and so he should shift again and go back to his brother, like in the comics. Now, the question is: is Loki teaming up with Thanos, or is he captured, and he is teaming because he has no choice? I don’t know what’s going on, but the doubts are eating me up alive!

Then, we see Doctor Strange in deep trouble, Scarlet Witch panicking, lots of mayhem, Ironman losing it against Thanos and Captain America probably dying! I hope I’m wrong but that scene is pointing out at his probable demise, and I’m not having it.

But then Spidey comes to the rescue. He introduces himself to Doctor Strange, and it’s cute, but it isn’t enough. The amounts of feels that I will have in this movie is going to be so massive that it’ll end up in a Tsunami. I’m going with several packs of tissues to the cinema, and I will drink enough booze to be able to cope with those feels.

What the heck is going on Marvel!?

—
Copyright: Images on this post (C) Marvel / Memes & Gifs (C) by their owners / Top banner made by dePepi with an official (C) Marvel image.