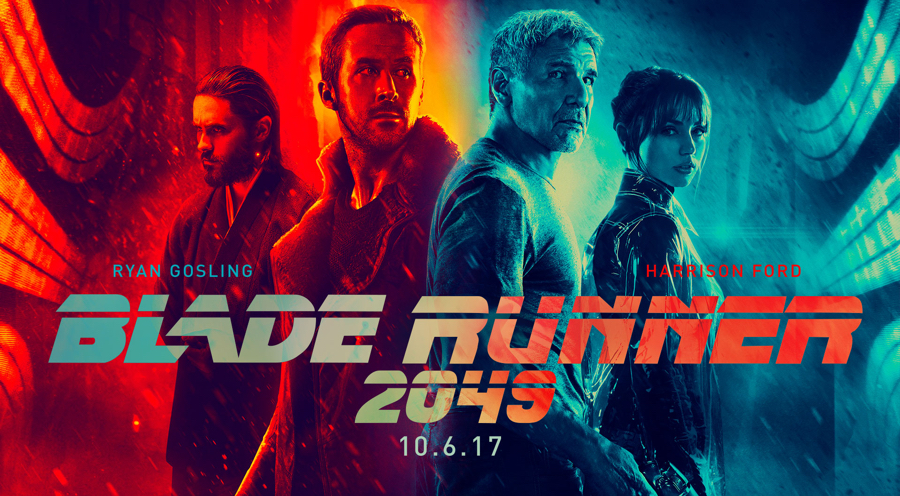 Ever since I saw Blade Runner 2049, I’ve been seriously thinking about what’s up with women in the film. While the original Blade Runner isn’t entirely without fault, the new movie is portraying women in the wrong way. Many films depict AI gone wild (Metropolis, Blade Runner, The Matrix), or show the effects of an evil corporation (District 9), others depict an iron-fisted government (the Hunger Games), and others focus on the thought control (Snowpiercer), etc. However, there’s something that many dystopian Sci-Fi movies share in common: their depiction of female characters as reproducing machines.

Agent K is a skin-job in charge to track down and get rid of rogue replicants. When he discovers that replicants can reproduce, their status as sub-human citizens brings change into society. That the female of a species of humanoids can bear children makes all the difference. This is a tired trope that many sci-fi films use reinforcing old stereotypes of women being mothers and having that sole role in society.

In dystopian futures, the ability of humans to reproduce is compromised somehow. In the Handmaid’s Tale, some women have the task of bearing children so that humanity will prevail, reducing women to their ovaries. While the handmaids might be against the iron fist of the Republic, they don’t seem against the idea of motherhood. In other films, humans create synthetics to be their slaves. However, in Orphan Black, we can see the focus on being a responsible parent more than being an incubator.

It’s shocking to discover that a massive film like Blade Runner 2049 turns the original to threats. Redemption, change, and revolution is achieved through reproduction. It doesn’t matter that replicants haven’t had rights for years, at the moment one of their women is able to reproduce naturally, is when they can ask for their rights. Before that, they were content being a sub-human race without rights. Blade Runners like Agent-K would retire rogue replicants. And that was it. Can you see the problem with this narrative?

It gets even worse. Agent K shows the evidence of the skeleton of Rachel to his Lieutenant. She asks him to bury the evidence because the effects of knowing the truth would be war. So, she orders him to kill the child as well. It turns out that the replicant Rachel and Deckard had a miracle child, and no one must know about it. Or the world they live in will collapse. In other words, humans will need to share their power status with them.

Because Rachel brought a miracle baby, now she’s seen like Virgin Mary. She’s the mythical beginning of a new race. Or if you will, the mother of a new race that has a soul, just like humans do. Despite that, we can’t see much about the character of Rachel. In fact, what we see is a clone of her used like dolls. The first one is killed y Wallace, the mad scientist who plays God. And then he uses the second clone to lure and torture Deckard.

If you think about Rachel as an idea for the replicants, she becomes a symbol, a moral center, an image others must follow. But it gets worse. Rachel and Deckard had a daughter, Dr. Ana Stelline. She has a weakened immune system, and so she’s cut out from the world. She lives in a bubble-like laboratory where she works giving memories to the replicants. She’s pure in all senses, untouched by the real world.

The traditional idea of women is that of being a mother, or a pure maiden. Women are hard workers that serve their husbands and tend to their children. This is what we can clearly see with Rachel and her daughter.

If we take a look at the other feminine characters in Blade Runner 2049, we’ll notice that they are all just existing because of the male narrative. Luv, Wallace’s assistant, only lives because she loves Wallace. She will do whatever to please her master and creator. Then we have Joi, Agent K’s AI girlfriend. Her case is even more painful since she symbolizes women’s disposability. She can’t be human because, according to the film’s narrative, she cannot bear any child. She isn’t a real woman because she even lacks a body. She’s perfect for the man who owns her, but she isn’t real. And when Joi dies, K sees her as a giant ad, making us sad because Agent K cannot see her anymore. We’re not sorry because of Joi, but because of him!

All the women in the movie are there to explain the male hero’s narrative. The idea of a woman must conform traditional stereotypes otherwise women are fake. Confront Rachel (the mother), her daughter (the pure maiden), and Joi (the fake one). Women can only be cis (born that way), need to bear children, and be the wife of the father of their child. Any other females are fake. And this is a reduced, traditional, and incredibly short-sighted narrative. These are all social constructs, including sex. We decide what’s human and not, what’s female and not.

For all the transcendental values that Blade Runner 2046 promises, it just depicts outdated gender roles and conservative views of what humans should be. This film it’s flawed for its representation of gender and race. Women are objectified and reduced to their ovaries, and East Asian aesthetics plague the film, and yet we see no lead Asians playing any central role. Each man gets a story, Agent K, Deckard, and Wallace. But all women in the film are pawns that define them. If we take a closer look at race, things get grim as well. I think it’s time to forget outdated tropes.