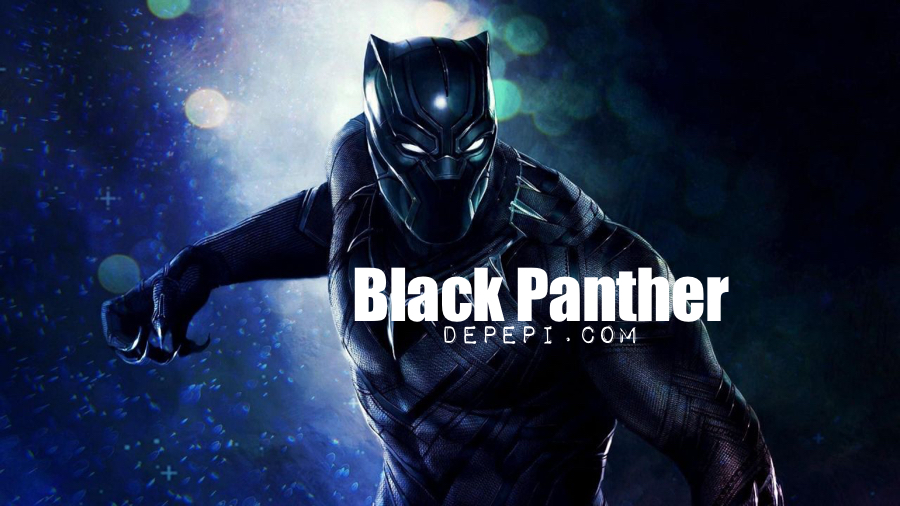 I saw Black Panther yesterday night, and I can just say that the movie is brilliant. I was expecting a great film, but Marvel happened to deliver much more! It’s not you ordinary Superhero movie, that’s for sure. However, it has so many positive sides that writing a review becomes hard. This movie is like an onion, with many layers of awesomeness. We get great characters, an excellent script, and details that will leave you thinking.

I don’t think a review is enough to make it justice. However, I’m going to try my best delivering enough information for you to hit the cinema. This is a movie to enjoy several times and to observe more than once. It has more than one message within, and I just hope we just listen to all of them.

[SPOILERS: this post contains MASSIVE spoilers of the film. If you don’t want to be spoiled, buy your ticket, and go right now to the cinema.Then, come back and let me know what you think about it.]

We start the movie with a fact: T’Challa is going to be the new king. His father died during a speech by the hand of the Winter Soldier. And now, he has to rule Wakanda. But he doesn’t feel prepared for the task. While many others believe in him, he thinks he’s unfit for the role since his father was almost perfect.

At the beginning of the movie, we see T’Chaka, the King, dealing with his brother. He wants to bring weapons to the world and change things. However, Wakanda has survived that long because they’re closed and guarding their technology and vibranium. And that poses the first dilemma of the film: if you are in a better position, shouldn’t you help others that are suffering?

As the movie progresses, we see that T’Challa’s father wasn’t that perfect. He killed his brother to prevent him from giving away Wakanda’s weapons, and he left behind his cousin. This has enormous consequences in the future since it’s Killmonger who wants to seize Wakanda’s throne to change the worldwide game.

The question for T’Challa is: if they open their borders to the needy ones, Wakanda can change. And, if they keep up hiding, they can create monsters like Killmonger. T’Challa’s cousin isn’t the stereotypical villain. He doesn’t want to do evil things just because he is evil. Just think about it: his father was killed, he was left behind, and he knows there’s a lot of technology out there that could help. From an American POC, that’s a lot of heartbreak to keep sane. We can question how Killmonger wants to fulfill his quest, but we cannot deny his pain not understand it fully unless we’ve been in his shoes. True, he’s sociopathic and maybe even crazy, but his motives are all noble. And that’s what makes him a great villain.

By the end, when T’Challa lets him see the greatness of Wakanda, he chooses to die. His life is so painful, and he knows he won’t stop from trying that he rather die and be free than be someone else’s puppet. This is heartbreaking. And yet, I cannot sympathize with Killmonger one bit. The problem is how he wants to achieve his goal, not the goal.

And if you think this movie cannot offer more, you’re wrong. Women in Wakanda kick ass: all of them. Okoye is fierce and the most fantastic amazon I’ve ever seen. Plus, I’ve never seen a woman rock a red dress and kick so much as Okoye. If you need female roles, this is one. She’s honorable, practical, and goes to the point.

Then there’s Nakia, the spy. She’s the ex of T’Challa. She knows Korean, and I bet she knows other languages as well. She feels that Wakanda needs to share with others to save the innocent and open their doors to refugees. She’s passionate and sweet. But, she goes to battle without hesitation and, damn, she’s sound!

We also have Shuri, the Princess. If you wanted a Disney Princess to be intelligent, resourceful, and energetic, this is it! She helps her brother with her gadgets, creates impressive gear, and fights like heaven. She’s undoubtedly a techie and geek girl who enjoys her job and who doesn’t hesitate to go into battle when needed. She’s my favorite, unmistakably. Not only because she’s intelligent, but also because she has a great heart and she’s also super strong.

All the women in the movie are strong, feminine in different ways, and incredibly resourceful. Plus, the personal guard of T’Challa is a guard composed of badass women. If you find it difficult to believe, it turns out that T’Challa’s Dora Milaje guards are based in reality. The Dahomey Amazons was an all-female military regiment from the Kingdom of Dahomey (Republic of Benin) which lasted until the end of the 19th century.

The Dora Milaje are a fierce all female army in the Marvel film Black Panther…but many people are unaware that they are based partially off a real all women army in Africa called the Dahomey Amazons, at one time considered the most feared women in the world. pic.twitter.com/UtTHrpNRfu

Black Panther is a feminist movie. You just need to take a look at the women in the film and see how they’re portrayed. And that’s how it should be made in all movies. They’re feminine, intelligent, and honest. All of the main characters are so in their own different ways. And that’s just what we need to see on the screen.

Black Panther reversed many patterns existing in movies, from gender to race. The white cast in the film, Klaw, and Everett are supporting characters. It didn’t felt strange nor forced at all. In fact, I was so much into the movie that my brain didn’t notice anything! I was too invested in the story and the fantastic female cast to see anything else! (Perhaps the only thing is that Klaw is like Gollum: forever obsessed with a precious thing!)

And, if you think we cannot talk anything else about the movie, you’re wrong. As I said, this film is like an onion, with many layers. We can talk about family, responsibility, sharing, feminism… You name it! The trick is to watch the movie several times and try to focus on one thing at a time and then review all the topics separately.

Despite its brilliance, I felt something shudder in me. In a way, I felt like those who worked on this movie took the opportunity to shine and to do things unthinkable some years ago. Very much like if this would be a unique rarity in the pool of other movies. Well, I very much hope I’m wrong and that we can see films like this one very often. We need diversity on our screens in all types of movies, not only Superheroes.

It also shows that Superhero films can touch sensitive topics making the audience think naturally. The audience is thirsty. We need movies like Black Panther. It cannot be said in simpler terms.

Have you seen the Black Panther yet? What do you think about the movie?

Runebinder: Beware of the Incubus!