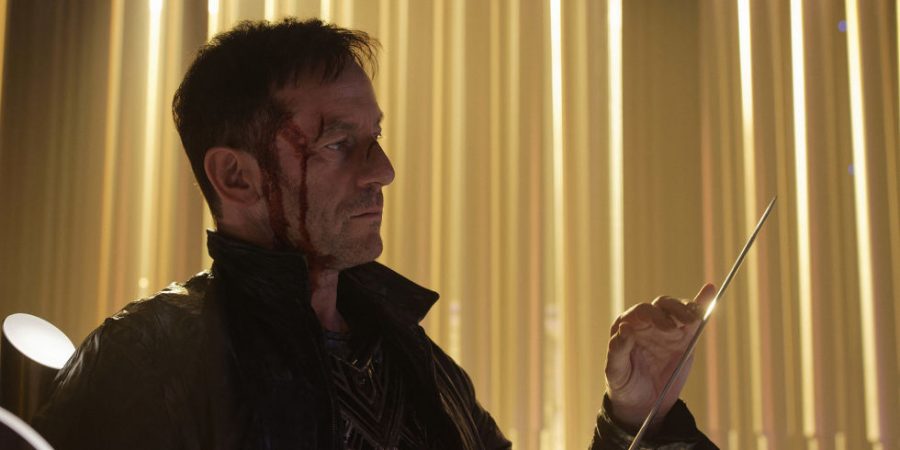 Star Trek Discovery has messed up with me again. I do need more of Captain Lorca, but it seems that it will be difficult. Episode 13 has delivered action, surprise, and a great twist. I was supposed to eat while watching the episode, but the salad was almost forgotten on the plate. I couldn’t stop staring at the episode as it developed into a mayhem of action. And then, the twist with Lorca had me screaming!

Let’s face it: Captain Lorca is one of the best characters in the show. He’s a Slytherin. He’s shady. But he has a weakness.

[SPOILERS: This post has massive spoilers of episode 13. If you haven’t seen ‘What’s Past Is Prologue,’ do it before continuing reading.]

We all knew Captain Lorca was shady from the start. Last week we discovered that some fans’ theories were true. We’ve been dealing with the Mirror-Lorca from the start. He’s been scheming how to take the Emperor’s throne for a long time. But, there’s a flaw: Michael!

We get to know that he and Mirror-Michael might have been in love. And so, there was some no-pillow talk in the episode. However, Michael is all about the Federation. What happens next is her fighting her Captain!

We had no weird soups, but we did have a heart attack when Lorca ended up roasted. And what’s more amazing, Michael brought Mirror-Georgiou with her! I have no idea how the others will react to having the bloody Emperor with them, but it might come in Handy since they jumped nine months in the future and they’re in Klingon territory.

Now, let me breathe for a second. It’s true that Mirror-Lorca is toast because his weakness was his love for Michael. However, this doesn’t mean we won’t see Lorca again. The question is: where is our Lorca? If we get to know him, will he be as shady?

Mirror-Lorca wanted Michael with him. And he did that because he loved her. But this was his error, to think that she could go to the dark side. Instead, he ended up dead. But, as all things with Star Trek, perhaps we haven’t seen him gone yet. For starters, we have no clue where the other Lorca is. Captured by the Klingons? If you recall the beginning of Discovery, we saw that he had changed after an accident. If the real Lorca is still alive in some prison from hell, I bet we’ll see him again. Maybe he won’t be as cunning, but if he has spent months in darkness, perhaps he’ll be shady as well.

To be honest, I just hope they bring him back, because he was great and let’s face it: one of the best captains Star Trek has had. I know, he’s a villain. But that’s my whole point!

The finale is around the corner. I couldn’t be more nervous! Who will die next? Will Lorca return. How bad is the situation with the Klingons?

A Court of Frost and Starlight. ACOFAS cover revealed!