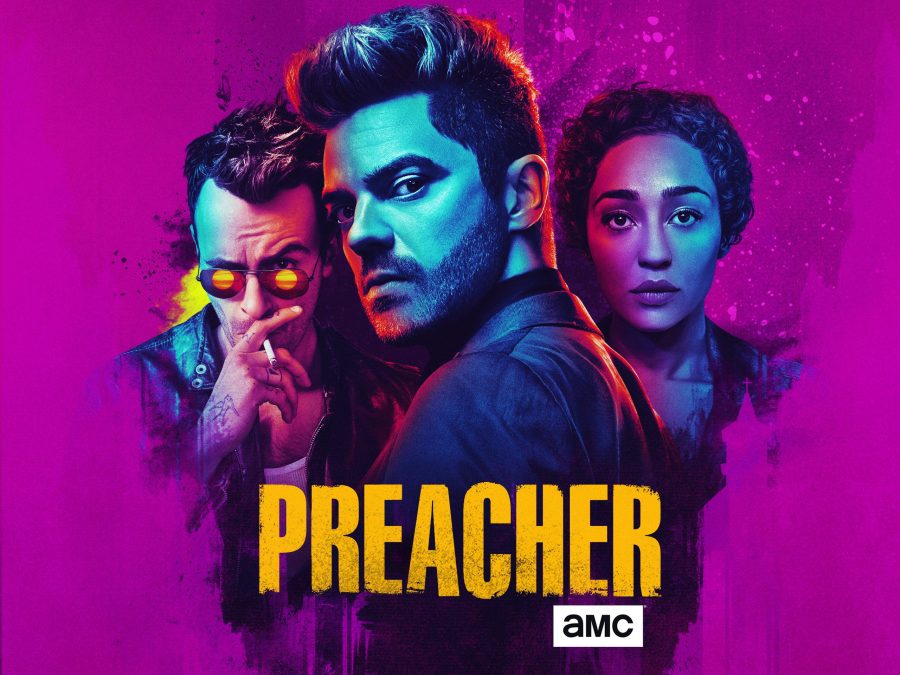 These are the best shows to enjoy during 2018 on Netflix and Amazon Prime. Prepare yourself never to leave your couch! Preacher is one of the craziest shows I’ve ever seen. However, it’s getting better by the season. Vampires, godly quests, and absurd situations are the best. You can find it on Amazon Prime (if you’re in the UK).

My favorite character is the Vampire Cassidy. He’s the funniest character in the show. Despite being a little bit messy, Cas has a huge heart.

Daredevil’s third season also promises excellent amounts of dark entertainment. I loved the series from the start, so I cannot wait any longer to see how Murdock deals with Elektra. I’m pretty sure we’ll have a great season, but I’m also sure it’ll be surprising!

Jessica Jones also has a new season. She keeps drinking far too much and being a badass antihero. However, I wonder what will happen in the second season. Will Killgrave come back? Will we see some other villain? Or perhaps, we’ll see the birth of another Superhero in the show?

We continue with Marvel and Luke Cage. I loved the first season, so I bet the next one is going to be a blast. Netflix Marvel Universe is getting better by the season. I just can’t get enough of it!

Iron Fist will also grace the small screen again. Not many people liked the Iron Fist. Perhaps I’m one of the few that was thrilled with an expat Superhero going back home. He’s needy, impulsive, and seems not to get used to the Western world again. Let’s see what Danny has to offer.

Star Trek Discovery keeps surprising. I’m going to talk about this week’s episode later, but for the time being, I just recommend you to start watching it if you haven’t. You can’t miss this Star Trek! It’s too good!

Westworld is another show that I want to binge during 2018. The second season will deliver the chills, I’m sure of it. I was a fan of the original movie, but the show is rocking so much that I want to know more about it!

The OA‘s second season is also coming this 2018. I loved the first season. It was one of those accidental discoveries that you end up recommending to everyone.

Sense 8 finale will arrive also during 2018. I was devastated by how the show ended, just because it was canceled. But fans made it happen, so we can know what happens to all our favorite characters. I can’t wait to know how it all ends!

American Gods is a visual masterpiece, as well as a fascinating story. I can’t wait for season two and know what Wednesday is planning. Also, what’s going on in the world now that Spring has gone rogue?

Stranger Things’ third season will also thrill us. I bet it’ll end up being very spooky. We have new characters that we love, and we lost some dear ones as well. How will the gang survive the next step? It all seemed right in the party, but we all know that stranger things are coming.

Doctor Who is different. Although I’m not a Whovian, I’m up to give it a go with the new Doctor. I’ll need to binge some other Doctors first if I want to understand the drill.

—
Copyright: Images, memes & gifs on this post (C) by their owners

Why the MCU Works and DC's Universe is a Mess