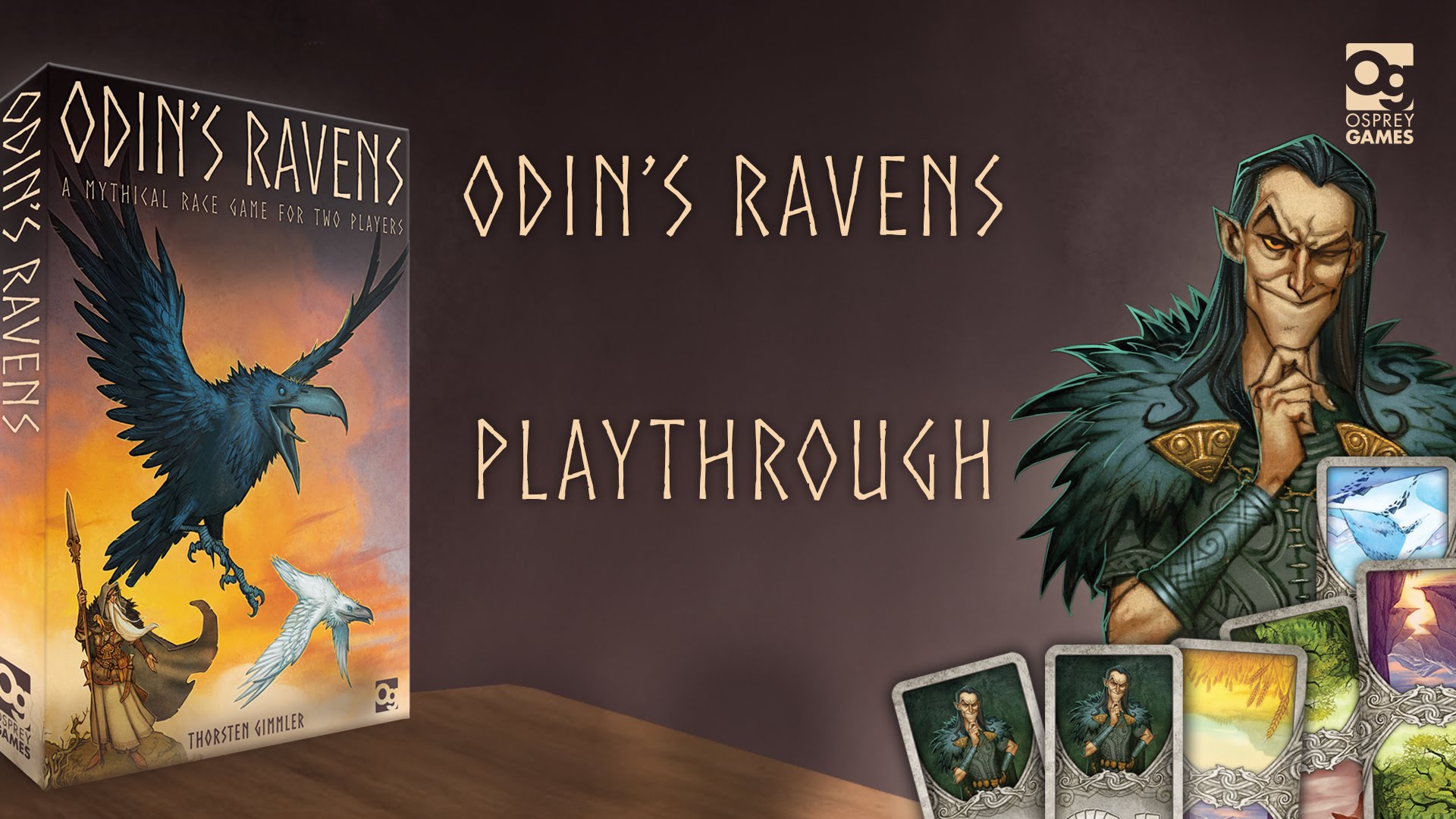 One of the favorite Yule presents I got was Odin’s Ravens [The Book Depository], a tabletop game where you need to be Loki to win the game. Odin sends Hugninn and Muninn to gather information for him every morning. So, both ravens travel the different realms gathering and spying for Odin. However, after time, they started to get competitive. So, instead of flying together, they race one against the other to see who gets the news first.

But because they both think alike, they’ll end up needing some extra help. They can both use Loki’s trickery along the way. However, Loki is the God of Mischief. So, sometimes, his advice might be not helping the right raven!

I’ve been after this game for a long time, and I’ve already played it a lot since I got it some days ago. It makes you think a lot. The game has two wooden ravens, and three sets of cards. Each player gets a set, along with eight Loki cards. The player’s cards are flight cards that let you travel the different realms. Then you have land cards that represent various places where Hugninn and Muninn need to gather the information for Odin.

The artwork of the game is stunning. So, it’s a pleasure to play it. You need to shuffle the land cards and put sixteen of them on the table. These will create the path the Ravens have to travel gathering information for their master. Each card contains two spaces that form two routes. You need to make your raven fly up and down of those to win. When your raven reaches the last card, you win.

When you lie down the land cards at the beginning, you have to make sure that there aren’t two spaces that are the same. The reason is that you’ll be able to trick that and fly more spaces in the path using the Loki cards. You can add rows, and even delete cards. But be mindful, because you could be helping your opponent instead! Think before using your Loki cards!

Each player can choose how many cards they want to play. Flight cards let move your raven one place. Loki cards let you play tricks, but you can only use them eight times. Once you’ve used the Loki cards, you’re entirely powerless. So, use them wisely. And think before you use them, or, as I said, you’ll be helping your opponent instead of yourself.

To make your raven go faster, and your opponent stall, you can use the Loki cards. Loki cards are tricky because depending on what you do, you could be damaging yourself instead. Each card has two different actions, and you have to choose one of them. Once you’ve used that card, you have to remove it from the game.

You can make, for example, make your raven move one space forward. Or you could move your opponent’s raven move backward. I don’t fancy this card very much, but I prefer the removing option better. You can remove cards from the game, rotate them if you have something in front of you that is useful for you, you can swap cards, or even slide cards! Sliding cards make it easier for you for example, and harder for your opponent. Your path will be shorter, for a while. You can also add two extra spots adding cards to the game.

The only thing with Loki cards is that you cannot use them on the card your raven is located at the moment. They do stuff on the card in front of the raven.

You can draw three cards from your pile at a time, and you can have a maximum of seven in your hand in each turn. Once you’ve used a flight card, you discard it. But if you run out of cards, you can shuffle your discard pile, and draw more cards. The only cards that are removed from the game are Loki cards that have been used.

The game ends when a player arrived at the last card, or if they both have, the one who has more cards in hand. If there’s a tie, you have to play again. Since there are no dice in this game, you need to wait until both players have completed their turns to know who won.

After playing it several times, the best thing to do to win the game is to be Loki. Instead of thinking you’re Hugninn or Muninn, you better start thinking you’re the God of Mischief. The trickier you get, the faster you can make it to the win line. Think carefully, because the trickster’s cards can be a pain if you don’t play them with brains taking into account what can happen when the other raven travels the path you are flying right now.