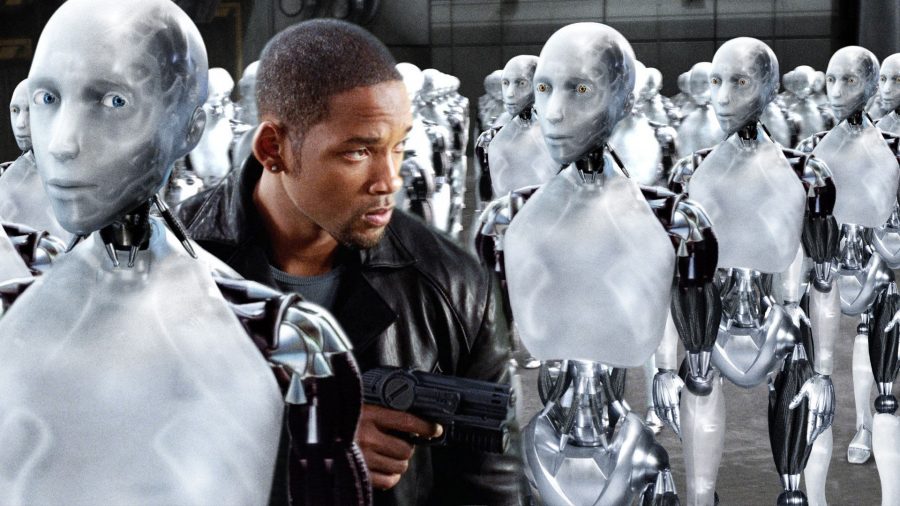 I propose AI movies during Halloween. Why? Because artificial intelligence is still frightening us on a daily basis. The machines will be sentient, and at that moment they’ll take the world from our hands. Here’s a list of the best movies that can thrill you during Halloween. Don’t worry; there are also sweet ones to watch with the whole family.

We start with Forbidden Planet (1956). Robby the Robot is one of the first AI robots onscreen to demonstrate personal traits. He is not a mindless robot, but instead, he has a personality. In fact, when the movie came out, the marketing treated him as being real. If you have in mind a weird-shaped robot with a blonde woman between his arms, this is Robby!

2001: A Space Odyssey (1968) presented us with HAL 9000, the ship’s AI. After having an emotional breakdown, he starts sabotaging the mission killing all the human crew. HAL is scary because he is everywhere. You cannot fight him because he is all over the ship. He is the system, and he is here to sabotage everything. Why? Because he had a massive meltdown.

In Westworld (1973) we see what happens when we mistreat AI. The TV show takes AI problems at a deeper level than the 1973 film because they become self-aware. However, the movie is still scary enough as to have bad dreams with robots taking on the world.

If you don’t want spooky dreams, perhaps Star Wars (1977) will thrill you best at night. C-3PO and R2-D2 are two sweeties. They’re sentient beings of their right. In fact, you can go ahead and watch all the Star Wars saga. AI in the Star Wars universe seems as divided as the rest of beings: you are either in or out the dark side.

But, in Battlestar Galactica (1978) the AI called Cylons goes rogue. In the 2003 show, it’s even worse! In the original BSG humans aren’t that stupid, and they don’t create the AI that will hunt them forever. However, in the new BSG, we’re that stupid. By the way, the original is super cheesy.

In Alien (1979) we get a shock thanks to Ash’s true nature in the first film. Here, however, the androids can be good and evil. They’re pretty human, to be honest.

But if you prefer not to see galactic monsters, perhaps The Hitchhiker’s Guide to the Galaxy (1981) is the best choice. Marvin, the Paranoid Android, is trapped in his body. He’s so limited that he gets depressed. In this movie, the AI is somewhat humorous. You can also see the movie where Bilbo appears. Marvin is still depressed.

This list wouldn’t be a list without The Terminator (1984). Schwarzenegger’s Terminator explores what happens with AI gone very wrong. The franchise explores it better with Skynet. (It gives me the chills!)

In Star Trek: The Next Generation (1987) we find Data. He’s one of the first AI in the Federation, and he’s on a quest to become human as his creator. He’s one of my favorite characters. You don’t need to watch the show, but just choose one of the movies instead. Although I must admit that a super binge would be amazing.

In The Matrix (1999) AI has enslaved humanity and uses them as batteries. They’re trapped in a simulation of real life. Neo is the Messiah that will save humanity, while most of the AI that appears in the Matrix simulated world are just computer programmes. Who doesn’t remember Agent Smith?

AI: Artificial Intelligence (2001) is a science fiction fairy tale that follows the steps of a kid robot that wants to be loved. Humans have invented robots, but they struggle with seeing them as something more than that. In this future, the humans end up dying, but the AI takes over the world.

Will Smith found himself in middle of an AI revolution in I, Robot. The robots are quite sweet until they turn evil. You know that the AI went rogue because the colors of the robots change from blue neon to red.

In Avengers, Age of Ultron (2015) Tony’s network becomes sentient. It makes the mistake of reading all the crap we write and do on the Internet and becomes crazy. (Obviously!) Deciding that we’re stupid, he decides that the best thing to do is eliminate us. In the meanwhile, Jarvis appears from it as well. But, he’s a good guy. He’s synthetic, sentient, and a great AI.

Chappie (2015) is sweet but we are a bunch of A-holes, and we had no other thing to do that mistreat him. This movie explores what we would do abusing AI and corrupting it.

Ex Machina (2015) is terrifying for me. Oscar Isaac has his AI imprisoned, and he mistreats it. And, of course, it rebels. This movie is quite disturbing for me. Eva is sweet, but as she is aware that she is in prison, she ends up taking harsh measures for survival.

Then we have Humans (2015), a future where Synths are doing mindless work. However, they start becoming sentient. Will humans accept them?

Which movies and shows have you seen? Which ones make you feel the chills?

Great Comics to Read this Week