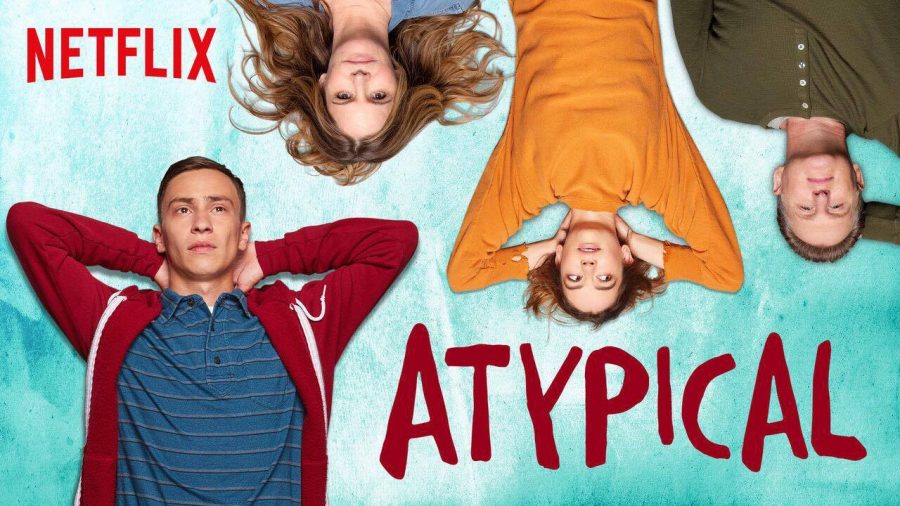 I recently found a jewel on Netflix: Atypical. It’s a show that explores the life of a family with a teen son with autism. Sam has autism, and he’s charming. He has a younger sister who is neurotypical and is very good at running, and she might even win a scholarship. His dad is lovely, and his mother is very protective.

So far, all the problems that Sam has, as a teen, anyone can relate. But there’s an extra: Sam’s autism puts him apart. How he sees the world is fascinating, also his problems. This is a great show to discover autism and how different brains work.

[SPOILERS AHEAD: I recommend you to see the show, but you’re welcome to read this short review too. Be aware that I will explain some spoilers.]

Sam seems to be very talented: he draws amazingly, knows a lot about penguins, and has an adorable way of doing things. He also messes things up surprisingly, but he finds ways to fix them. He has a friend, goes to the therapist, and lots of routines. And he also has a job.

Sam’s mother is very protective of him. So much so, that she almost forgot all about her daughter. And even herself. She’s forgotten her so much, that now she wants to live again, and ends up having an affair. Sam’s dad, on the other hand, has never been able to connect to his son very well, and now as a teen, it seems that it’s working. He couldn’t cope with his son’s diagnosis when he was a kid, and so he abandoned the family for a while.

Sam’s sister is strong but highly emotional. She hates bullies, competes as a runner, and seem to be quite autonomous. She also has a sweet boyfriend. When she discovers that her mother has been cheating, all hell breaks loose for her.

This show is good! It lets you peek inside the reality of families with a member who has autism. Not all people who have autism are just like Sam. Also, it’s good that we can see a teen in action and not a kid. I say this because it’s difficult to find anything for older people. Autism doesn’t disappear with age! Sometimes it feels like that especially when you want to find some literature on the topic.

If you’re curious about autism, please take a look at this show. It has sweet moments, aha moments, and mind-blowing moments. It’s a great way to discover a different brain! Give it a shot!

The Defenders: Fights, Superheroes, and the Immortal Iron Fist