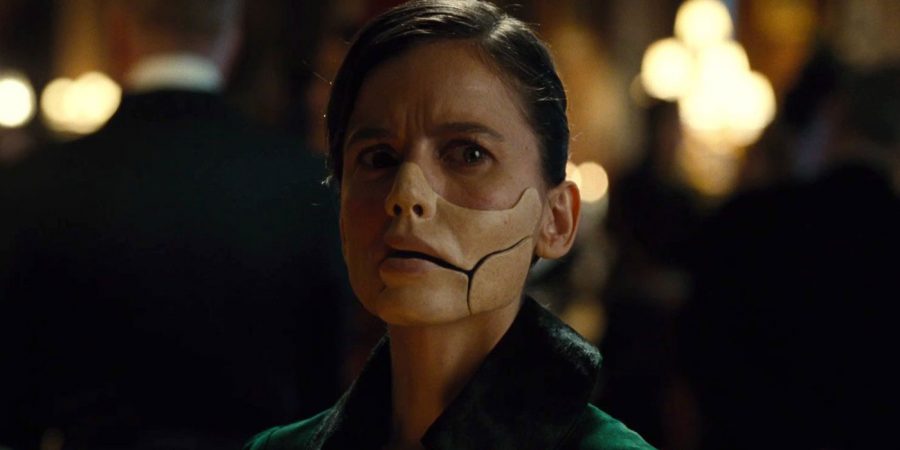 Many movies portray villains as disfigured individuals. However, this might be a poor representation for disabled people. As Alaina Leary suggests, many movies have disfigured characters as their main villains continuing a trope that’s making a poor service on the representation of disabled people. Think about Darth Vader, Freddy Krueger, Voldemort and Doctor Poison (from Wonder Woman).

Darth Vader has lost almost all his humanity. This is represented by his almost mechanical body, and his scarred and burned face. Not only he lost his hand, but also his face is hideous under the mask. Voldemort has weird features and almost no nose at all. Freddy Krueger is horrible and burned. And Poison wears a facial prosthetics to hide her scars.

Although Wonder Woman does great in representing females, Poison does a poor job. What one gives, the other takes away. But why is it so? It seems to be all connected to how the topre has been out there all along. If you have scars on your face, have some limb missing, then you’re probably evil. Disability equals being evil on screen.

But, hang on! What about Professor X? He is a mutant, and he’s not evil at all. He is constrained to be in a wheelchair, and yet, he’s one of the heroes. Daredevil is also disabled, and yet, he is one of the good guys. Even Doctor Strange is here to tell us otherwise. Hi can’t handle anything big with his hands after his accident, and yet, he is an excellent Superhero.

However, if we dig a little bit more into this trope, we’ll find out that it’s not being disabled per se, but having some facial disfigurement. Darth Vader is burned under his mask. Voldemort has his nose almost missing. Freddy Krueger is burned almost to the bone. And Poison wears a prosthetics to hide her disfigured face.

Think about all the villains who had scars on their faces! The Joker is scarred, and so are many James Bond villains. So, what’s up with having a disfigured face? It seems that we think of beautiful beings as being good, and ugly ones at being bad. Scars or being disfigured is a sign of being wicked.

If we compare Wonder Woman with Poison, we can see it clearly: Diana is beautiful; therefore she is good. However, Poison is disfigured, so she is evil. If we want to dig deeper, we’ll find out that their sidekicks also match them. Trevor is beautiful and heroic, while Poison’s sidekick is despicable.

So, what happens when we portray facial disfigurement as evil? That we might think so in real life. The first thought might be that a disfigured person is, in fact, a villain. Thus, we won’t trust them as much as another person. It can be even worse since some people might even be victims of bullying.

Okay, then you could argue that Poison isn’t that evil when she reconsiders her alliance with Ares. Her mask falls, and we can see how scarred she is. However, the first thought of her villainy is still there. Like a stain that has to be washed. In the end, we’re confronted with the notion that to be beautiful is to be good and to be disfigured to be evil.

This stereotype is working poorly for disabled people. That’s true. Specially disfigured people. However, there are many representations out there of disabled people that do count as positive: Professor X (the X-men), Daredevil, or Doctor Strange are some great examples. However, to get rid of the trope, it would be good to have a hero who has a disfigured face. By starting representing variety in faces, we can also stop thinking about the dichotomy of beautiful face and scarred face.

True, many villains are beautiful and sexy. But those who are different and turn evil are more common than the hot ones. Scars on the face have always been a way to depict the bad guys, especially in gangster movies.

What do you think? Does Poison stains the portrayal of female characters on the big screen? If so, do you consider her to be a member of the disfigured-villain trope?

New Comics to add to your Pull List this Week