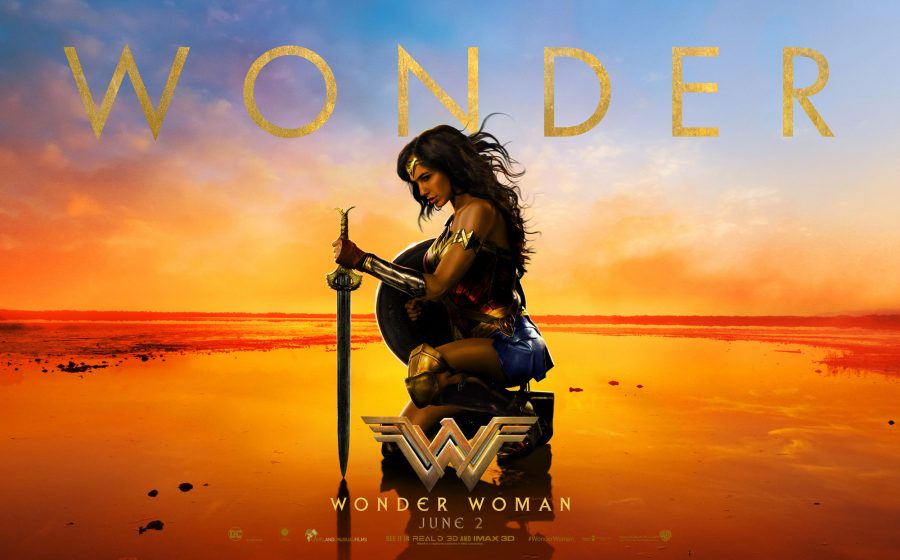 Wonder Woman saved DC! I feared the worst while waiting for Wonder Woman. However, this time, DC made it right. Although the movie isn’t perfect, it sets a great origins story for Diana. I saw the movie last Friday, and I couldn’t be happier. And yes: I want to see it again! There were some cool surprises in the film that I cherished.

But before I review Wonder Woman, I want to warn you about the SPOILERS. There are many in my review. Plus, I also expose two things that I didn’t like so much about it (just two tiny things). Be warned: do not read beyond these lines if you don’t want to be spoiled.

I’ll start with a wonderful surprise that thrilled me: Princess Buttercup. If you are a fan of Princess Bride, then you’ll be delighted to find her as a General in Themysthira. She wants to train Diana, even if Diana’s mother is all against it. Hypolita fears for her daughter. And there’s a secret that no one has told Diana. What can it be?

Diana is a kid who dreams about battles. She has the power within her, and she wants to learn what adults do. Amazons are the only beings that live on the hidden island, protected from the outside world. They wait for the final battle when they use the weapon against Ares.

They describe humanity as broken and eager to fall for the petty feelings waging war. And so, Diana grows up to be a fierce warrior.

An airplane falls into the waters of the island, and Diana rescues Steve. He’s a spy working for the Allies during WWI. He has significant information regarding the Germans, who want to deploy a devastating gas that will kill everyone. And so, he convinces Diana to help him return to London.

However, Diana helps Steve because she wants to kill Ares once and for all. Once she kills Ares, wars will end. Or so she thinks. She’s also wary of humans because they’re treacherous people. She believes that they’re under the influence of Ares. Despite that, she also trusts Steve. She’s very naïve.

Steve agrees to help her because he needs her help. But, he omits to tell her all about the society she’ll encounter. Diana comes from a strong-female-centered society, while Steve comes from our world: patriarchy during WWI. So, you can imagine the clash. Fortunately, Diana just ignores all those details.

When Steve doesn’t get the needed help from the Parliament, he decides to go on his own with a group of misfits. Diana is surprised to find herself among thieves and mysterious men. Despite that, she goes with Steve to the front because she wants to kill Ares.

Diana and Steve fell in love with each other. And so they have a night together before everything goes bananas. Ares happens to be a member of the UK Parliament, and Steve ends up sacrificing himself to save London and many others. It is then than Diana understands a little bit more of human nature, and finds the strength in her to defeat Ares. And in doing so, WWI ends.

The story is explained as a flashback when Diana gets a picture of the group that went into battle, and there we find her with Steve and the others. A painful reminder of how she happened to become Wonder Woman and save the weak.

Wonder Woman isn’t a strong female character. She is just a strong character, without the negative tones of the trope. We can see her grow during the film. She starts craving for war, and then she ends up craving for peace. She becomes what she is because of the heroics she saw during battle.

And then there’s something I didn’t like. Sidekicks end up dead. Remember the trope of women-in-fridges? Here we have something similar, but with Steve. We need to see someone in the fridge (well, exploding into the skies) for the hero becoming a hero. Even if it’s Steve who makes the heroics and sacrifices himself for the greater good, he’s still being fridged so that the hero becomes a hero. So, it doesn’t matter if the trope is reversed here. There’s still someone dying for the hero become one.

I honestly believe that we can have a great hero without the need of killing off one of their loved ones. Here it happened twice: the General dies so that Diana finds the strength to help Steve, and then Steve goes in a heroic death so that Diana can kill Ares.

The only good point here is that Steve dies a hero. He chooses to die for the benefit of others. But, you’re still killing someone to enrage the main character and make a hero out of her.

These two points were the black stains in the movie: still killing someone to make the hero a hero (I’ll complain forever about it anywhere with any Superhero movie), and the lack of sex scenes when there should have been more.

Let’s be honest: kids know more about sex than you realize. So, if you show up some more, it won’t be bad. If you’re showing people killing each other, and hint to the horrors of the war, I think it’s fair to say that love is a much kinder thing to show up than people crying or being shot.

Despite these two issues, the movie is great! In fact, I was fearing it wouldn’t be since DC has been doing poor justice to its characters. Not only Wonder Woman has saved DC; she has set the bar high for other movies.

We want more Superhero movies like this one. And I want more female leads on the front. And I also want more diversity in the movies as leads too! So, yes, I am greedy, and I want more on the big screen!

I just hope DC will let Wonder Woman and the rest of their heroes have some normalcy. It’s not okay to just show up punches and a lack for skin rubbing.

ps: as far as I recall, Steve didn’t die in the comics.

Spider-Verse: Warzones! A hell of a lot of Spiders!

A Court of Thorns and Roses, aka ACOTAR