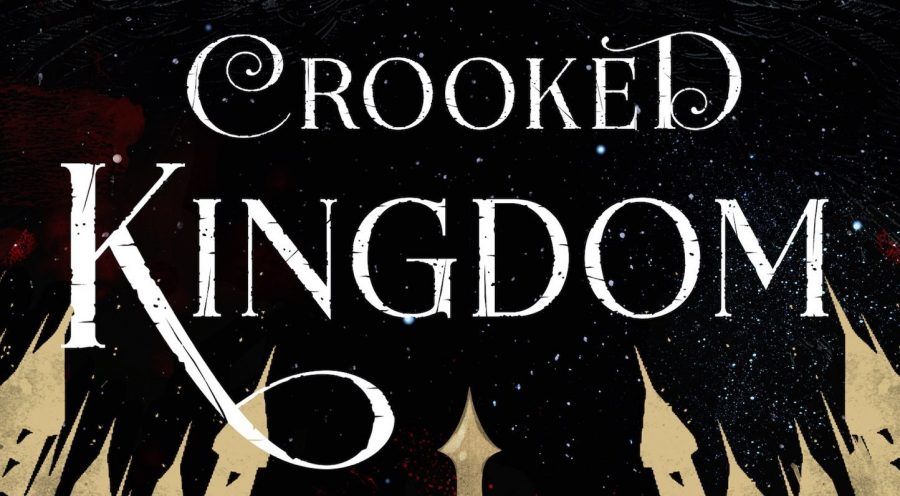 I finished Leigh Bardugo’s Crooked Kingdom [The Book Depository], and I feel I can’t have enough of it! Unfortunately, this is a duology, and this means that the adventures of my favorite thieving group are over. Well, unless Leigh Bardugo decides to write yet another book.

Six of Crows was a tornado of emotions and action. Crooked Kingdom is an explosion that will enhance your sense and wished you had more “parem.” Just like Nina, I will have a withdrawal of this book.

[SPOILERS: this review has massive spoilers of this book. If you haven’t read it yet, please refrain from reading from here. I can just let you know that it’s a masterpiece that will leave you wanting more.]

Kaz, Inej, Nina, Matthias, Jesper and Wylan are in deep trouble. Conned by Wylan’s father, Kaz envisions the craziest of plans to retrieve his Wrath (Inej) and make Van Eck pay. And, he plans to do it while becoming the king of Ketterdam’s sub-world.

We finally get to understand Kaz in this book, and why he hates touching people so much. Why he wears his gloves isn’t because he has some poisonous hands, but because he cannot stand human contact. His trauma losing his brother was too much, and he never addressed it. Instead, he became the hardest thug in the Barrel. He also loves Inej, but he cannot bring himself to touch her.

We also get to know more about Jesper. He is also a Grisha, and we discover why he never uses his power. His Dad lost his mother because of her gifts and fearing he would lose his kid too he prohibited him to use his power. Unknowingly, he raised a formidable liar and gambler. If you cannot use your powers, these pop up in funky ways!

We also get to know more about Wylan and his Monster-Dad. I have no other words to define Van Eck but as a monster. He wanted to kill his son because he wouldn’t be a perfect merch. Thinking of him useless and dumb, he wanted to dispose of him. However, we can see that the kid is a genius! He is sweet and the perfect match for Jesper. (I think they make a beautiful couple together.)

And we also know about Nina and Matthias. While Nina’s experience with parem makes her power shift from the living to the dead, Matthias behavior changes. Alas, when we thought that this couple was healing, Leigh decided to dispose of Matthias. This was a huge blow for me. Matthias was the stiff Fjerdan that made me laugh when he was arguing with Nina.

The dynamics of the group couldn’t be better. The action couldn’t be more exciting, and relationships couldn’t be more intricate. And despite Leigh decided to kill one of the characters, I just hope that she decides to write another book!!

I highly recommend this book and Six of Crows. This duology is one of the best things that I’ve read in a very long time. To miss it is to miss a treasure.