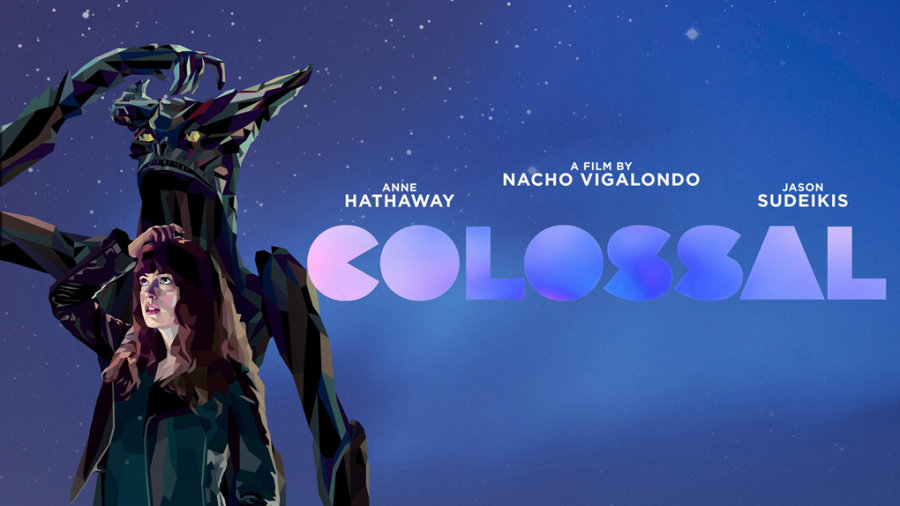 I saw Colossal’s trailer in the cinema, and then again on Youtube. I would have missed this movie completely since the marketing around it is quite weak. However, it seems like a huge hit. Anne Hathaway plays a girl who has a connection with a monster that is smashing Seoul. This is a weird cult movie that mixes Godzilla, Kaiju, Kong and Pacific Rim! How can I not go to the cinema and see it?

Nacho Vigalondo has created a multilayered film. It seems like you can read the movie in several different ways. We meet Gloria, a total loser who ends up crashing at a friends apartment. By chance, she discovers that she is connected to a hideous monster who is destroying Seoul. When she dances, the monsters does it too!

Gloria gets drunk and blacks out far too much. That’s why her boyfriend ditched her. And now she has to pick herself up and get better while knowing she is destroying a city on the other part of the globe. When she is at her lowest, the monster enters into a destroying frenzy. How is she going to control the monster within?

This argument seems quite compelling. If we all have monsters inside us, and if some were to get out, how would we control them?

I’m not sure what to expect from this movie. But one thing is sure: it’s going to be “colossal.” That’s why I need to hit the cinema and try to figure out some of the layers of the film.

It feels that this role is something that Hathaway would never choose. And yet she’s in it. How much drama around the kaiju chaos can we expect? How much comedy and funny times? Is Gloria a type of Jekyll and Hyde?

For some reason, every time I take a look at the trailer I remember Loki. Something inside me says that the movie might be entirely different from what my imagination is telling me. I suppose that Vigalondo is just a trickster that wants to make us confront our inner monsters.

Guardians of the Galaxy Vol.2