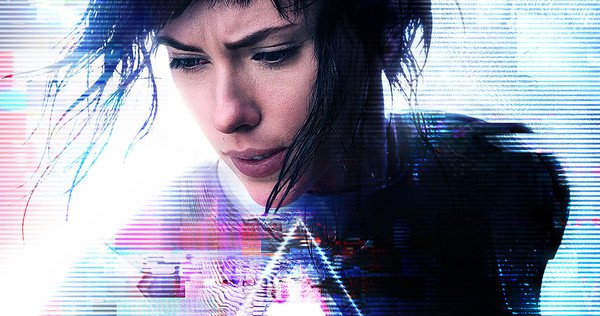 Ghost in the Shell’s new trailer is out there. However, there is lots of controversy surrounding Scarlett Johansson and the whitewashing of the movie. Naturally, Johansson just took the role because it’s awesome. Who wouldn’t like to be part of the film? However, Ghost in the Shell is famous Japanese anime. When Hollywood adapts Japanese anime, it does it in a very Western way. However, it might not be the correct one.

Whitewashing happens when white actors are cast in historically non-white character roles. It happens pretty often in Hollywood. Less often, we find color-blind casting. It occurs when non-white actors fill roles of characters that historically have been portrayed a white. (Remember Heimdal in Thor, played by Idris Elba; or Shield’s Nick Fury portrayed by Samuel L. Jackson). In all cases, people complain quite loudly.

While whitewashing is amazingly popular, color-blind casting isn’t quite familiar. Hollywood has been using white actors for all types of movies. Asians have been portrayed as samurai or ninjas all the time. It looks like Asians only know to be Buddhist monks or kung fu fighters. Which brings some thoughts to the role of Scarlett Johansson: she’s going to kick ass during the whole movie. So, is whitewashing okay in this case?

Stereotypes can be very harmful and present themselves in very clean ways. For example, in Doctor Strange, Asian characters are mystical beings who kick ass in martial arts. However, the Ancient One is a white woman. It looks like if we want to be serious explaining magic or whatever other Asian culture aspects, we need someone white to do the deed. The rest of characters that are Asian can be mystical beings who know tons of martial arts.

We find a similar problem with Ghost in the Shell (as seen in the trailer).

In the trailer, we can see different types of characters, Asians, and non-Asians. However, it looks like that the ones that held the relevant information of the movie happen to be white. And that includes Scarlett Johansson’s character. So, it seems that the stereotype of Asians only know martial arts. If the audience needs to believe something out of the ordinary, it has to be presented by someone white.

We can’t blame Scarlett Johansson for portraying her character. I’m sure she’s done a terrific job. Again, who wouldn’t like to be her now? Who!? Ghost in the Shell is a classic! The problem comes not from the cast, but from the executives and directors that believe the audience can’t pass beyond stereotypes!

So far, from the trailer, we can see scenes that can be found in the anime. They look perfect! Despite the whitewashing, I’m afraid I will hit the cinema anyway just because of Ghost in the Shell. This does not stop me from asking more from Hollywood. If you want, you can change races of the main characters, but please, break the stereotype already! Asians aren’t just mystical beings who only know tons of martial arts!

For the time being, let’s enjoy the trailer. It promises that Ghost in the Shell will be an excellent movie!

Ps: if you have no idea whatsoever of Ghost in the Shell and don’t want to be spoiled, don’t watch the anime. I know, it’s tempting, but, according to the trailer you could end up pretty spoiled!

The Shannara Chronicles: a lot to read!