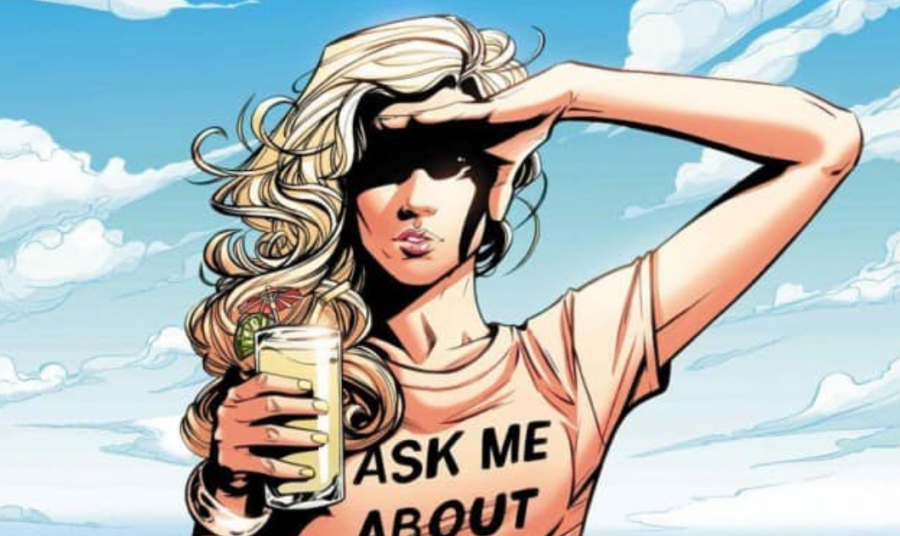 Today I want to explore what happened with Mockingbird, Chelsea Cain and “ask me about my feminist agenda” tees. Days ago, Mockingbird writer Chelsea Cain quit Twitter after being subject to crazy amounts of abuse from trolls who stated that were comic book fans. She only asked for more representation in her field work and asked her fans to buy Mockingbird #8. She also asked her fans to send Marvel a tweet stating that there’s room for more superhero stories about grown-up women. She had to delete that tweet and close her Twitter account.

She was accused of attacking people. However, that’s just false. She only made a simple request to her fans: buy more comics, and ask Marvel for more stories. The cover of the comic book has a feminist tee depicted. It seems, however, that this was what fuelled hate around her and her work.

Women tend to get disproportionate harassment online. It seems that attacking women within fandom is just as common as breathing air. It’s so bad that some people think that this is normal and that this is their job if they want to keep normalcy and erase the disruption caused by feminists. There’s this mistaken idea that comics is a closed arena reserved only for men. But, as we know, women have been working in comics since the very best beginning.

It’s undeniable that there are great male names in the medium history that dominate conversations, books and the history of comics. However, there are also many women that have contributed to the medium. And now, more than ever. Why? Because the industry has realized that half of the readers (and potential readers) are women, and they, demand stories for them too. That’s not a “feminist agenda,” that’s just reality: we can’t ignore half of the population. Half of the readers of any medium are women!

In the same way, Spider-Gwen or Miles Morales did not erase from Earth Peter Parker stories, whatever changes or new Superhero introductions in comics, won’t wipe out any of the pre-existing ones. Their stories have been written and will continue to expand, but the demand for something new is there too. Not only from new readers, but also from older ones who want to read existing new stories.

It feels quite stupid to start attacking new authors, especially if they’re women. They’re not stealing anything nor have any hidden agenda, nor an all-powerful ring to rule them all into darkness. Demanding support or asking for help is just a natural thing to do. However, it’s pretty unfair when one gender is allowed to do so, and another one is punished for it.

Marvel decided to cancel Mockingbird before knowing the sales of the trade had high rocketed. Suddenly, Mockingbird was a number one bestseller on Amazon. However, the harassment to Chelsea endured. One of the problems is that Marvel doesn’t get that they have to protect their female authors from trolls too. They cannot leave them alone out in the wild taking all the heat while getting money from all the sales that arise from people supporting these authors. Mainstream comic book publishers need to help their female authors as well as condemn those small quantities of fans who create a mess time and time again.

If you want to support Chelsea, buy her comic, so that Marvel can change too. Mockingbird might be the beginning to change what’s happening in the comic book fandom at large.

Asking for support is not a feminist agenda. But you can ask me about mine if you want.