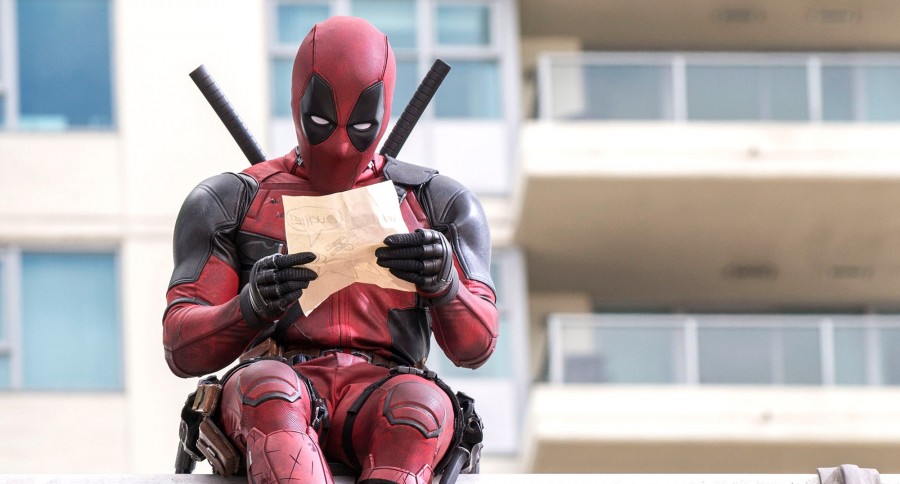 I saw Deadpool yesterday and I must say that it was a masterpiece! Let’s eat some Chimichangas because this is one of the best Superhero movies out there! It’s violent, and some of the scenes are gratuitous, but, it’s good nonetheless. If you’re a Deadpool fan, this is your movie. If you follow Marvel movies all over, this is one not to be missed! Embrace wicked humor and dark times explained with chili flavor. Deadpool is irreverent, bloody, a social rule breaker, and loads of fun! This is not a movie for the weak, this is a movie to enjoy and a relief for those who love swearing a lot!

[SPOILER ALER: do not read this review if you haven’t seen the movie yet.]

From the very best presentation till the very end, Deadpool is a irreverent blood bath of guts and swearing all over the screen. While such a sentence should bring you to the verge of despair, in the case of Deadpool this means loads of gruesome fun! Not only swearing is all over the place, and the brains of the bad guys as well; you get to have the darkest humour split all over with some chili peppers to spice your day!

Deadpool is a multilayered movie that has much more than meets the eye: the story of an antihero, the story of a rule breaker, romance, a sex story, an action movie, a drama of epic proportions, a comedy… You can take a look at this film from many different angles, and you’ll find several different things: from sex to gratuitous violence, to the drama of an incurable illness, to the crazy thoughts of a very weird antihero.

Deadpool was a mercenary before having extreme healing superpowers. His superpowers only made him a super mercenary! He enjoys the job, and enjoys being mischievous! He is acid, chilly and breaks whatever social rules he can. And yet, he has a warm heart. He loves his darling, truly loves her, although the birds and funny animals he sees around her at the end of the movie are fantastic. You would expect that cliché from old movies, but this one is sarcastic but cute at the same time.

His morality is on the edge. While he pursues the bad guys to revenge for his demise (his looks are hard to ignore), he gives some advice to a taxi driver who brings him to different locations. Kill the guy who bugs you is, in essence, the piece of advice that Deadpool gives to the taxi driver. This gives us clues about his messed up morality: is he really a superhero? A super-antihero? What is Deadpool, really?

And while he makes us question our own morality through his actions, we discover a flaw in the movie: the villains! Villains in this movie are stereotypical: one thing into mind, and one only. There is no complexity in villains at all! Granted that the film is an exhibition of Deadpool in action, but we must remember that villains make great Superheroes. And so, Deadpool could have shone much more if his Supervillain would have been layered and complicated.

Overall, the movie is a masterpiece (and that includes the ending two extra scenes! Usually we get only one in Marvel movies). This is Deadpool. If you read the comics, you know who Deadpool is, how his humor is and how acid he can be! If you’re expecting to see the Deadpool of the comics in the movie, you’re lucky. They made it happen!

Again: this is not a movie for the weak of heart, of those who love being polite. There’s a lot of swearing, weird stuff, and a great dialog. You’re bound to have a great time if you don’t care to watch Deadpool propose with a ring he just pulled off his butt-hole!

Alpacasso Giveaway to Celebrate Everything!