Today I want to talk about geek pronunciation, more like, how to pronounce my name, really. Pepi is Peppy, not Peppe nor Pepper (although being spicy is within my nature, I’m not Iron Man’s Sweetheart yet). Because of its Spanish spelling, people get confused by my name. But it really sounds like Peppy, a wonderful adjective which fits my personality well: full of or characterized by energy and high spirits; lively. Since I’m full of peppiness, I’d like to explain the adventures of having such a name. (If you click here you’ll be able to access to both US & UK pronunciations. My name sounds exactly like the US one.)

Ego dictates that those who have a name which has thousands of years might have something to talk about during parties. Funny enough, I found out that I have the strange honor to share name with three mummies: Pepi I Meryre, the third pharaoh of the Sixth Dynasty of Egypt (2332-2282 BC), Pepi II Neferkare, the fifth pharaoh of the Sixth Dynasty of Egypt (2284-2184 BC); and Pepi III Seneferankhre, a pharaoh of the Sixteenth dynasty of Egypt. [You would be amazed of what you can find out about your mummy ancestors when searching on Google.] These three pharaohs were all men and had fun during their reigns (if you read the wiki, you can get amazed). But, did my name come from the mummies?

Even if might seem badass to be named after the pharaohs, reality is that my parents weren’t Egypt historians, nor fans of the pyramids and their mummies. So, nope, that’s just a funny coincidence that looks cool when talking about why your name is that short and weird. It’s quite boring: my name, Pepi, is the short Spanish version for Josephine.

During the Middle Ages, Joseph of Nazareth was also referred as Pater Putativus, recalling the role of Saint Joseph within the Bible. Centuries later, the P.P. became Pepe. How the feminine form Pepi became into being, eludes me. [I rather take the mummy association with my name though; it’s thousands of years older, and it’s quite of cool to use the mummy card if someone wants to bug you: beware mortal, or I’ll send my ancestor mummies to your place to make an example out of you! I damn you forever!]

So now you know how to pronounce my name correctly. It’s easy: Pepi is Peppy. No mummies attached. I bet it’s the peppiest thing you’ve ever read 😉

—
Copyright: Memes on this post (C) by their owners. 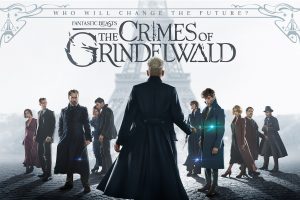