In the world of comics time and space are the same. Time can vary as much as seconds or a million years in just what might look similar sequences. You can have dinosaurs in one panel, and then a car in the next one. The reader can interpret a quick pace of time in this sequence. You could also have a dinosaur looking left in one panel, and then the same dinosaur smiling in the next. In this case, we could assume that some seconds have elapsed. In comics, time is vague, and so it is for autistic people.

What if time was as vague as it is with comics? What if you had no real sense of time? What if there were no time at all for you? My Vulcan does not understand time as I do. In fact, he has no “inner clock” whatsoever inside him. Usually, neurotypical people have “inner clocks” that tell them, more or less, how much time it takes to do certain activities, or how much time has elapsed since they started doing something. They do that without taking any look at their watches. Some autistic people have problems with that: there is no “inner clock” whatsoever!

Some autistic people can spend hours doing a certain task, like putting on some makeup. It can go astray, taking them, literally, ages to finish the task. So, something as simple as putting some makeup on could take hours. Some autistic people might also loose track of time staring at walls (or so it seems to neurotypicals). They have entered into an “alternate” reality in which we cannot connect. In that state, time freezes for them, but not for the real world. Time goes at its pace. They just don’t get it.

My Vulcan can be extremely fast, like the Flash, or extremely slow sometimes. The funny thing about his “no time” issue is that he can meet people years after and greet them like if it was yesterday. Since in his head there is no time at all, he can easily loose track of “what day is today” and “when I was doing a certain activity last time.” On a daily basis it can be tricky too: he used to loose hours and he didn’t know where he did spend his time. Sometimes it would be programming, sometimes it would be a mystery. Sometimes he would be too fast doing stuff and get incredibly tired.

My Vulcan understands time in the same way comics work. And since there is no conversion chart whatsoever to translate “comics time” into “neurotypical time” matching both can be an impossible mission! He can go from one panel to another in light speed, or as slow as a turtle. And that was making him (and me, I won’t lie about that) literally nuts. Fortunately, we found a solution: technology.

Technology can provide a great help for autistic people who are having a hard time getting things done. It might be annoying at times, but it works. My Vulcan happens to be a nerd, and since he loves technology, applying technology further into his life wasn’t an issue. However, if you are a neurotypical and want to give this advice to your Vulcan, well, prepare yourself to embrace technology. You have to give up something from your part, dear neurotypical. It is the only way your Vulcan will be happier and less stressed when he/she realizes that has lost several hours into thin air.

Here is a list to manage “comics time” and adapting it into “real-life time”:

Every Vulcan is different. Mine has HFA and he is really nerdy. These small tips work for him. They might work for your Vulcan as well (or not, it depends on where in the autism spectrum he/she is located). But you can give it a try. It could change things a lot for you.

For us these tiny tricks have helped us into transforming what was an issue into a super power. Remember that I told you that from one panel to the next in a sequence there can elapse millions of years or seconds? Well, if my Vulcan is focused, he can be like the Flash: literally.

When he is focused and into a friendly environment he can be the Flash. I don’t know how he does it, but he gets things done in light speed. However, when he is not focused, he can be like Barry Allen before becoming the Flash: always late! It also helped him into figuring out when he is tired. Since he has alexithymia he does not know when he is tired or not. And that’s a hell of an issue! (Unless you are a boss, own a company and want an asset that will work during hours straight without complaining till he dies from exhaustion…) I remember, while in Japan, my Vulcan worked on a techie marathon without sleeping at all during three days for “the company.” He was so exhausted (without knowing) that he collapsed on the bed and looked like dead… Needless to say: he slept during what looked like an eternity (he even had fever)! And I also I remember another time when we were supposed to go “for a short walk” and we ended up walking around 50 km… My feet were like Hobbit feet, and so were his… He only didn’t notice that little detail! (I was dying from exhaustion and Hobbit feet pain, but at the time he gave me the look of “you need to get stronger”). When he was diagnosed, all these “funny episodes that look like taken from a comic book” started to make sense. And believe it or not, the tips above helped him to stop working (or stop studying, or stop walking till Ragnarok) before he collapsed from exhaustion.

So, these little tricks have helped us in managing “comics time” and also his superpowers. All superheroes have limits. And so do Vulcans. If yours still doesn’t know and has not tried them, you can suggest him/her so. It might work. The essential key here is to be patient and be willing to try what look like as “silly annoying measures.”

—
Note: my Vulcan has HFA. These tips work for him, but since autism is such a wide spectrum, these might not be useful for you case. However, you never loose anything just for trying. 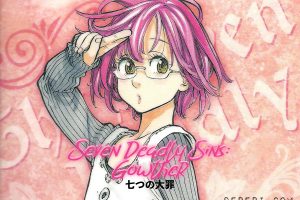 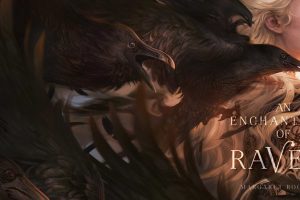 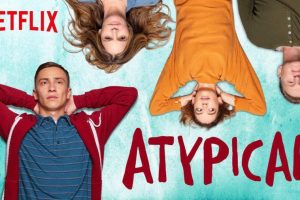 Atypical is amazing! Go now and watch it on Netflix!