Coming back and identity

When I first read the book of Ruth Benedict, the Chrysanthemum and the Sword, I was in a deeply falling in love with it. I already had a crush on Japan… But, when did all started for me? To tell you the truth, I cannot really remember when all of it started. After asking to my mom, if she could remember when I started to talk or show signs about “wanting to go to Japan” or “liking Japan”, she startled me. I wasn’t prepared for her answer. “Since you were a baby”. It turns out that I chose things with oriental motives since I was able to point things out. When asked “which one you like?” I ended up pointing at anything which had asian patterns. In fact, one of my first tissues ever had weird asian dolls as a pattern! And one of my favorite barriguitas (a famous plastic doll in Spain) was the Japanese one!

Back in the 80s, you could not really find many “cute” stuff “made in Japan” in Spain. In fact, everything was sort of “messed up”. My handkerchief with asian doll patterns is a mix of Chinese and Japanese. But, in spite of that, the country that I loved was Japan. I am, in fact, unable to put a date on me starting to say “I want to learn Japanese” and “I want to go to Japan”. So, just think it was at the beginning of the 80s, when I started to crawl around. And, when I started to read… Oh my! I think I discovered a whole new world!

I remember reading the encyclopedia just to know more about Japan. I also remember a program called “pen friends” at school in which you could write down three different countries from which one “pen friend” would be given to you. In those days, a pen friend, meant, literally, writing letters, going to the post office, send them, and wait till the other kid would answer. I remember that I wrote three times “Japan”, with the hope that some other kid in Japan would like to have a Spanish pen pal. And… I got one! A Japanese girl from Tokyo, with whom I became pen friends during years!! Till I ended up visiting her at her house in 2001! She was the one who opened the doors for me to learn Japanese. She sent me a dictionary, which I swallowed up!

I know, starting to learn a language with a dictionary (Japanese-English) was not ideal, but for me that was the whole world. We were already in the 90s, and nope, Japanese language schools were not a fashion yet. So, the only way to learn the language was getting the info somewhere. I was lucky that a pen friend from Tokyo would take the pains to send me a dictionary to start learning her language. It was not like today! No internet folks! You live in a small town, there is no internet whatsoever yet, and you have to find the info using different means… It means, going from library to library with the hope of finding something (it was useless… the only thing were encyclopedias at that time), or having an angel sending you a dictionary! Mind you, I was a lucky girl!

During high school, once I had already moved to a bigger town, I started the search for a grammar book. Someone in my class knew someone who knew someone (gosh… I should like Soul Goodman!) who had a proper grammar book, that was being used in the Autonomous University of Barcelona. Imagine my reaction of excitement! I started my campaign of “could you tell your friend who knows a friend to let me take some copies of that book??” I was doing this while I was on the search for a book in Barcelona. It meant me taking my nose to whatever shop which would have any probability of having a book. And, thanks to both campaigns, I ended up with the copies of the book that was being used at the Uni, plus another one (which was sooooo expensive!)

Because finding a teacher was like trying to hunt a Bigfoot here, and I was not one of those who wait to begin, I started to teach myself Japanese with those materials: the dictionary that I had already re-read and re-read a thousand times during any spare time that I had, and a very expensive book and a bunch of copies from another book. Those were my treasures. Treasures that fed my imagination.

I also remember being in the high school and asking my mom to accompany me to hang some pamphlets here and there in Barcelona to make language exchange. You were supposed to do that when you start Uni… but… for some reason I decided that I needed to start it before time. And I insisted soooo much, that I finally got an exchange! (Happy me!)

By the time I started University, I could read, write and speak some Japanese. Since I was enrolled in the Law School, my only chances to take Japanese classes were to use the “free credits”. They gave you a certain amount of free credits to use studying any subject you wanted within the campus. Because the campus is huge and has many school (like many campuses in the US), I had the opportunity to take Japanese. Starting from zero wasn’t an option for me. I wanted to start in the second course already. So, I went to the Japanese Language Teacher to ask permission to do so (without permission you couldn’t do that, specially if you were self-taught). And she asked me questions in Japanese. She seemed pleased, and let me enter directly into the second course.

Internet had begun just before I enrolled Uni. And thanks to that I was able to get more info. Can you imagine a world without internet now? A world in which you find the info, or the pics in various different ways? A world in which you copy by making photocopies on a huge machine?? Can you imagine the marvels of discovering a window from which you can get more and more of that just using a finger and a click??

I am sure that in many other countries access to info (Japanese in this case to be more precise) was easier, and had begun earlier than did in Spain. However the case, if I look back, I can see someone deeply in love with a country. And the spooky thing is that I cannot really point a date from which I was in love with it. It looks like that I was in love from the moment my eyes saw something which resembled something Japanese.

Imagine you are eager to go to the country of your dreams (Japan in this case), a place you’ve been dreaming about since you have memory, and finally you get to do it (I got a Japanese scholarship to do my Masters degree, and then when I got it I decided to stay more time). Imagine you first have a clue about it, but you are like a type of weird “Indiana Jones” at the search of info about it. Imagine that you wish to learn the language of the place, no matter what, no taking care of how difficult or if you have all the means available or not. And imagine, for a moment, that you got it! How cool is that???

I swear that your mind is going to be open to the new culture. For me, living in Japan for 8 years+ was not a real shock. If I look back, I see someone eager to learn about everything of the country! Not only the history, not only literature, not only the language, but also the gestures, the ways, the rhythm, the personal space… everything! This means that I was open to take in a new culture and to re-shape my own, the one I was born in (which is at odds to the Japanese).

Now, imagine that you return to your homeland, with a new mind set. A mind set you’ve been grooming to happen since you were crawling around. Can you imagine the shock? No wonder I feel much at ease by bowing while talking on the phone, or bowing when meeting friends, than kissing cheeks!

Another point of view 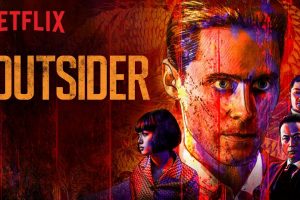 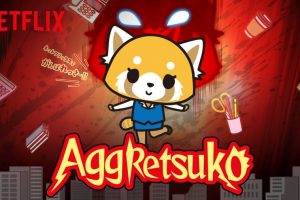 Aggressive Retsuko, aka Aggretsuko is SO Dope 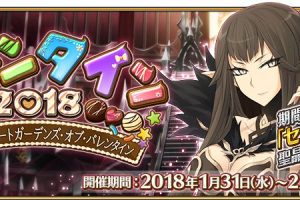